My kids love a hot breakfast.  But I refuse to cook in the mornings, so I never make pancakes or French toast for them!  My husband usually makes them buttermilk pancakes on the weekend, but during the week they are on their own, so frozen breakfast items are a staple at our house.

My kids and I recently tried out the new Lil’ Griddles line from Aunt Jemima, and they were a big hit with everyone. 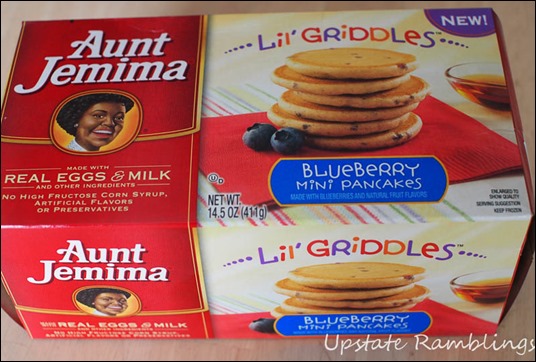 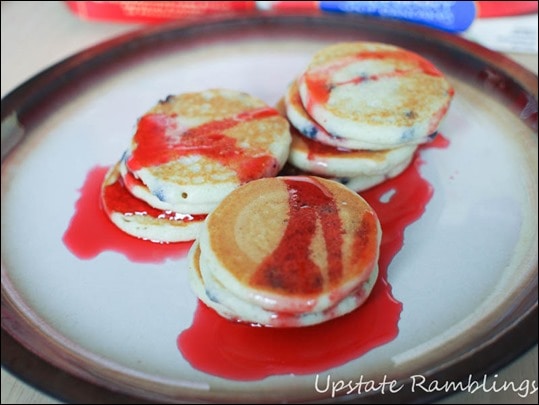 The flavor from the blueberries was excellent, and there were quite a few of them in the pancakes too.  Since we like blueberries we always want lots and lots included in the batter, and Aunt Jemima delivered on that.

The kids loved the small size of the pancakes.  I guess being smaller makes them more fun to eat.  My son thought it was hilarious to stuff an entire pancake in his mouth at once, but he is thirteen, and it shows sometimes!

It only takes a few seconds to cook these in the microwave, and we microwaved 10 of the little pancakes in the less than a minute.  So they make a great quick breakfast for those weekday mornings when it seems like there is no time!  It is just as quick to microwave the pancakes as pour a bowl of cereal, but pancakes are much more satisfying.  Breakfast really is the most important meal of the day, so start your family off with homemade goodness. 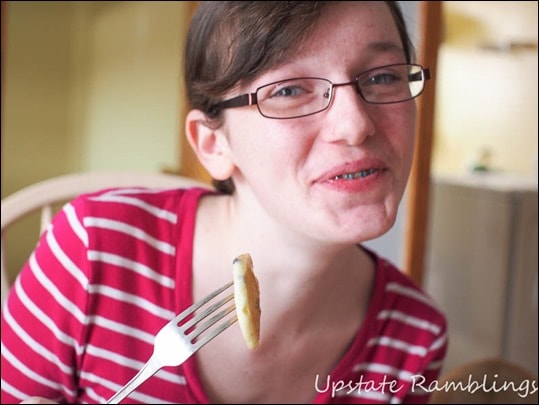 Disclosure: Thank you to Aunt Jemima Frozen Breakfast for being a sponsor. I was selected for this opportunity as a member of Clever Girls Collective. All opinions expressed here are my own.