St. Patrick’s Day is approaching fast, and that means lots of attention on St. Patrick, the Patron Saint of Ireland.  But St. Patrick is far from the only famous Irish saint, so I wanted to point out another very interesting and yet under appreciated medieval Irish Saint, Brendan the Navigator. 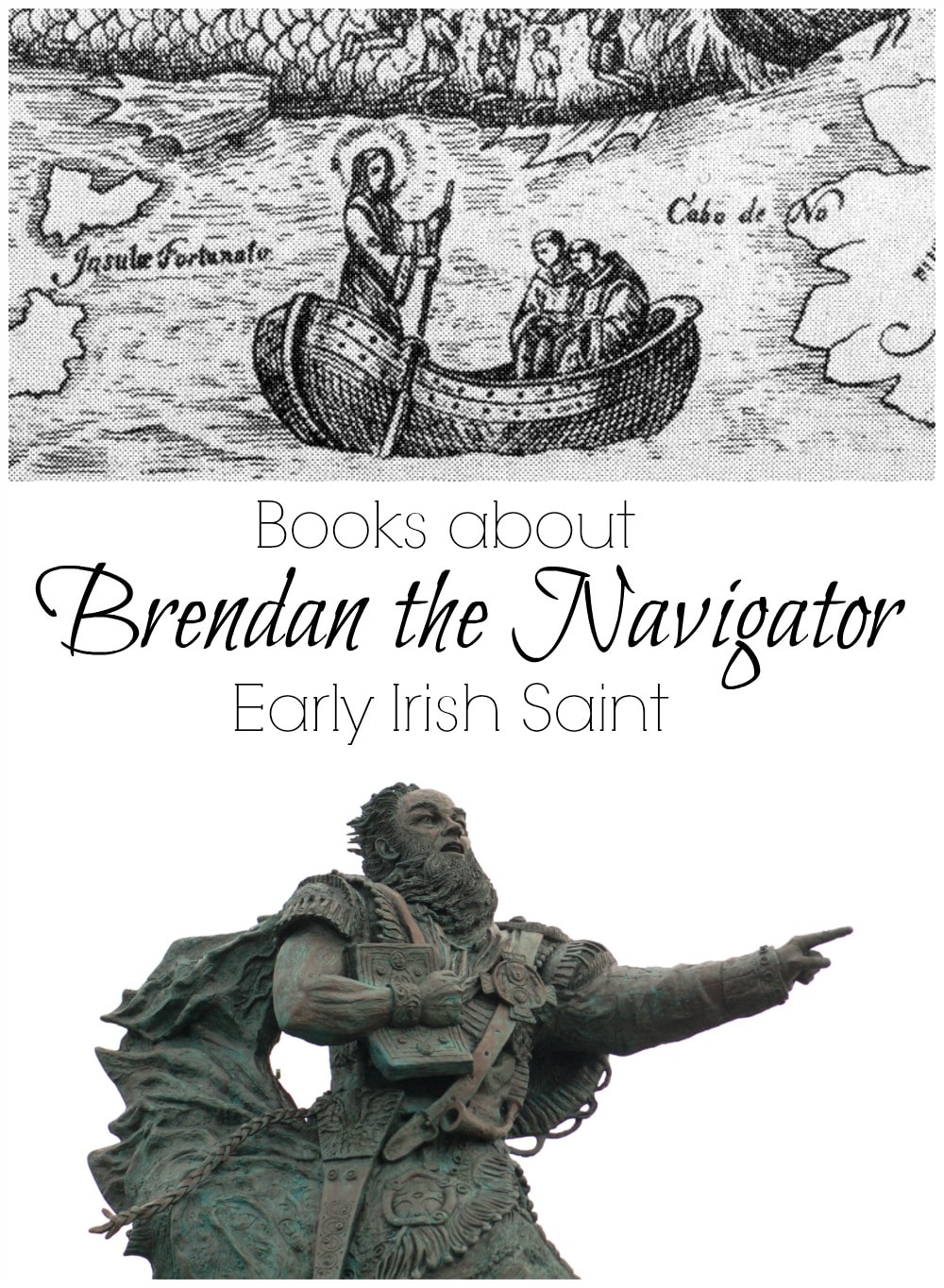 What did Brendan do and why is he is he called the Navigator? Well, according to tradition, sometime between 512-530 he took a voyage in a small Irish leather boat, called a currach, and traveled across the ocean to a new land.  His adventure was widely know all over Europe, and the manuscripts describing it date back to as early as the 900s.

In fact Christopher Columbus used Brendan’s story to support his idea that he could sail west and discover land. After Columbus’ voyage and the discovery of the Americas many people began to believe that Brendan had actually reached North America, and was the first European to reach the new world, centuries before even the Vikings.

It is an intriguing possibility, and if you want to learn more check out these books about Brendan that tell the story of his life and his voyage.  The books are arranged in order of age appropriateness.

Saint Brendan And The Voyage Before Columbus

This book has lots of excellent pictures, so it is perfect for young kids, and does a nice job of describing the legend of St. Brendan.

This book is a nice short one for kids, which describes the legend of Brendan and is a great introduction to his life.  It is good for kids in early elementary school.

This book is relatively short at 96 pages, and it is a great introduction to Brendan for an older elementary or middle school child.  Simms was a noted Irish historian, who wrote widely on ancient Irish history.

This is a fictionalized novel about St. Brendan’s life from boyhood to adulthood, including his famous voyage.  It is a book that takes the legend and makes it into a full fledged story.

The Voyage of Saint Brendan: The Navigator

This is a recent translation of the Latin manuscript The Voyage of St. Brendan, which dates back to at least the 900s.  This translation is very poetic and is a great way to read the original story that has been passed down for over 1000 years.

In this book Severin sets out to find out if Brendan could have really sailed across the ocean in a currah.  Severin builds a authentic currah out of wood and leather, and then attempts to later sail from Ireland to North America. This is a great adventure story!

So this St. Patrick’s Day branch out a little and learn about this other famous Irish saint!

14 thoughts on “Books about Brendan the Navigator”