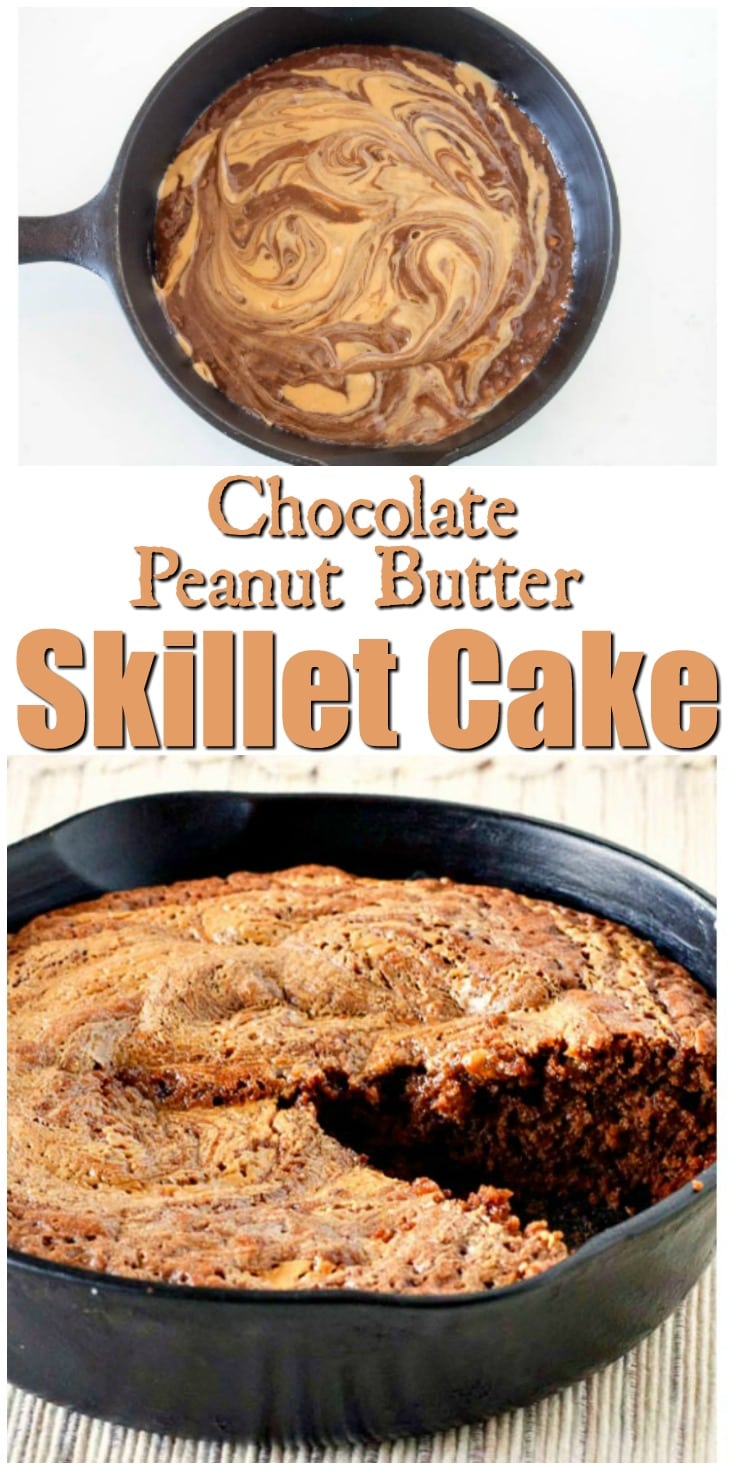 This post is sponsored by American Heritage Chocolate. All opinions are my own.

Chocolate and peanut butter are two flavors that are just meant to go together, like in this Chocolate Peanut Butter Skillet Cake. 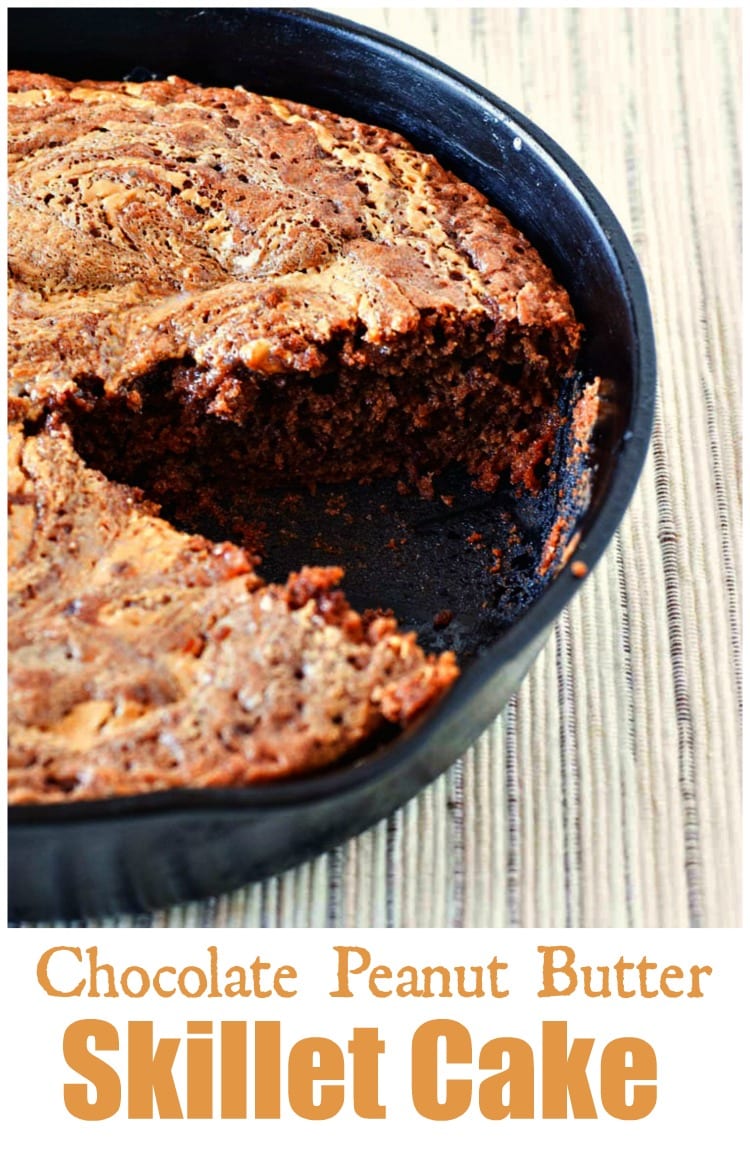 I love cooking in my cast iron skillet, not just for dinners but for desserts too. A cast iron skillet is easy to clean, and naturally non-stick, so it works well for cakes. Since I was making a recipe with American Heritage Chocolate it just make sense to me to make one that uses the kinds of pans that would have been used in colonial times. 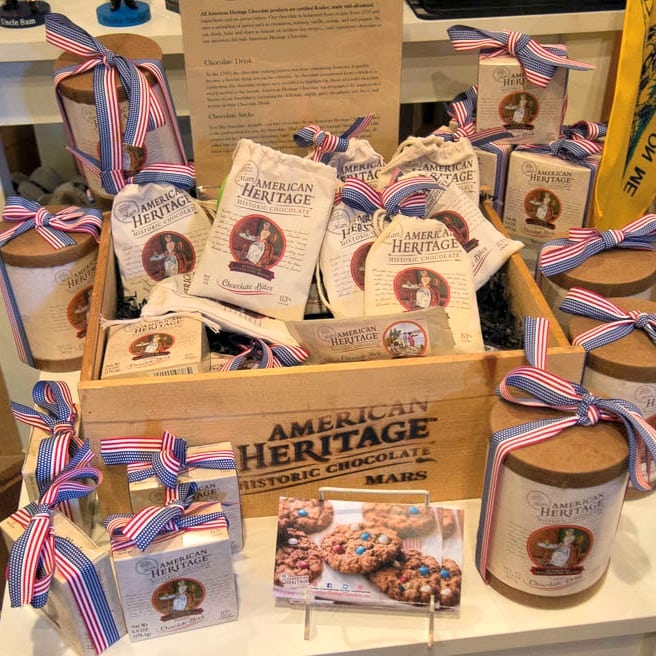 A few weeks ago I visited Philadelphia and learned all about how chocolate was made in the 18th century. American Heritage Chocolate is an authentic historic line of products – developed from recipes from the 1750’s – that is like the chocolate that Americans enjoyed in the past. It is made with all-natural ingredients and no preservatives, and is Kosher-certified and made without dairy, wheat, peanuts or tree nuts. I really appreciate a chocolate that is friendly to those who have food allergies! 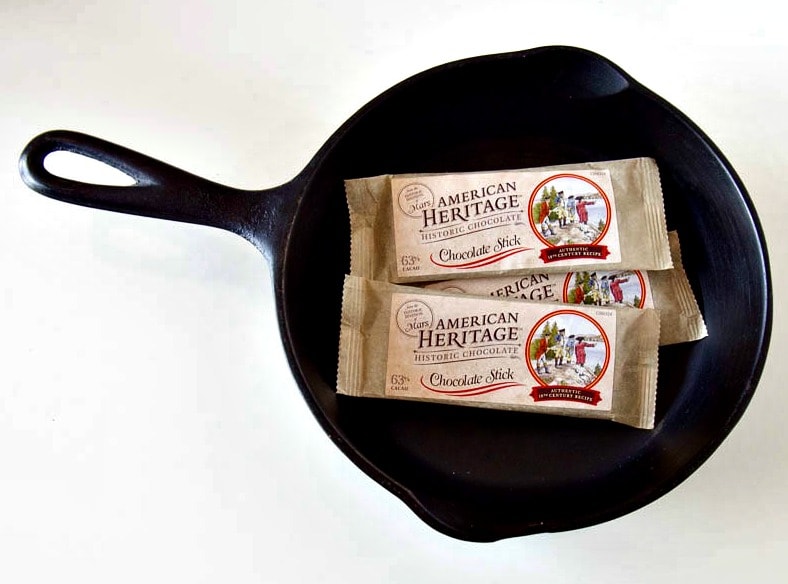 American Heritage Chocolate comes in a number of different forms, including a drink (how it was usually consumed in colonial America), a block and chocolate sticks. I used the chocolate sticks in my recipes. The chocolate can be used in recipes to replace semi-sweet chocolate at a one-to one ration. It has a nice blend of spices flavoring it, including cinnamon, nutmeg, chili pepper, orange, anise and vanilla. 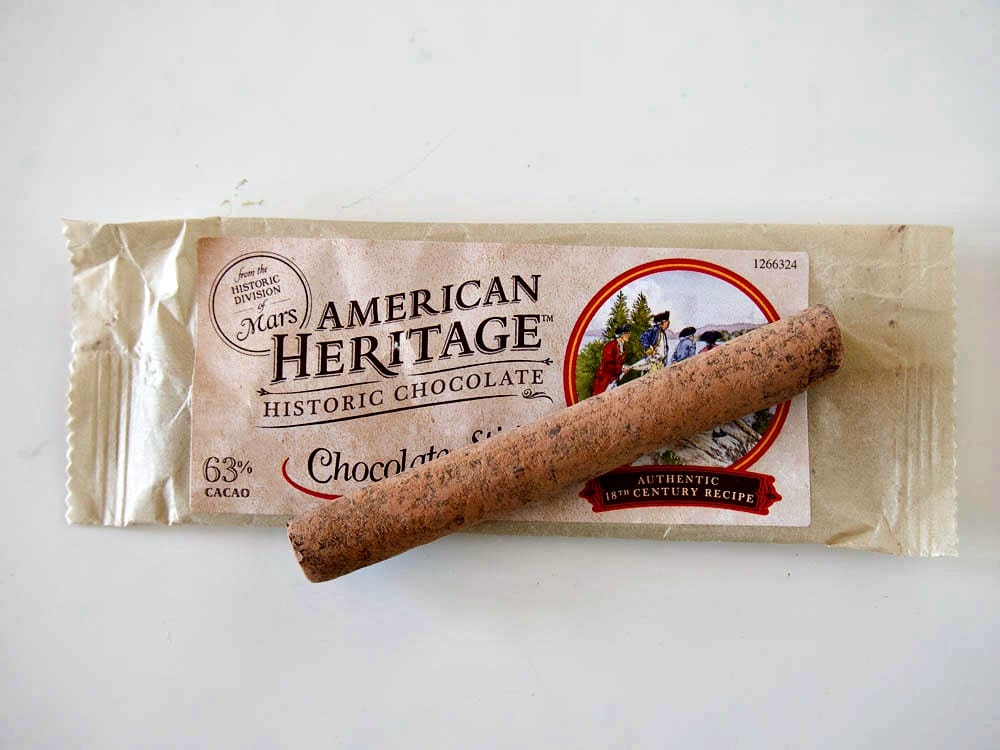 You could make this recipe entirely in the cast iron skillet like a colonial cook, but I personally like my modern conveniences, like microwaves, so I didn’t. I used a small 5 inch skillet, which made the perfect sized cake for my family of five. It is a simple chocolate cake batter, top off with a little melted peanut butter which is swirled into the batter right before baking.

It was delicious served warm from the oven with a scoop of ice cream on top! 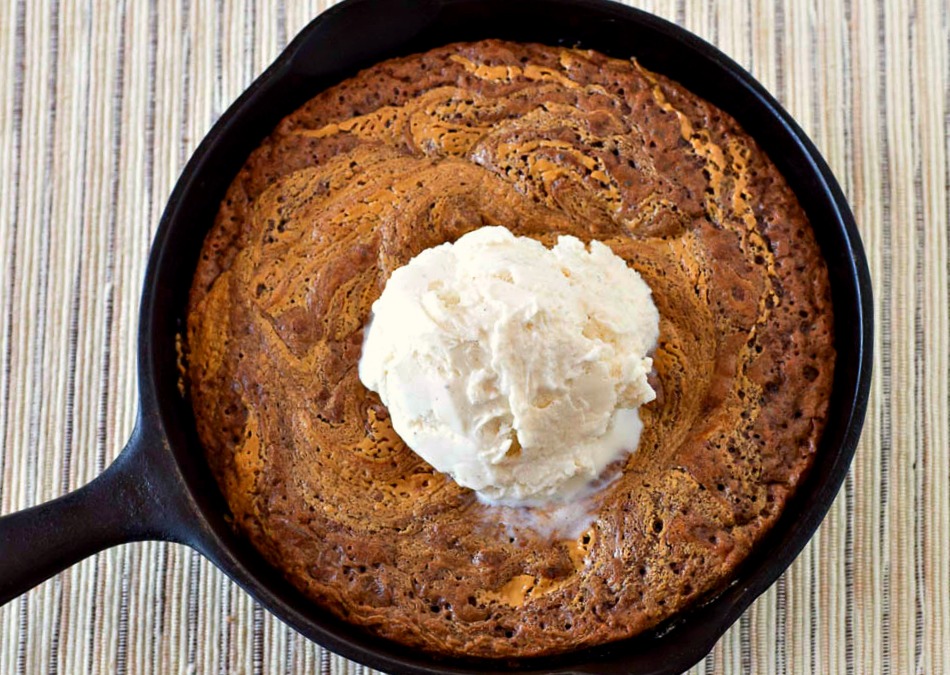 Don’t forget to visit the American Heritage Chocolate homepage and learn all about how this delicious treat has been a part of our nation’s history! 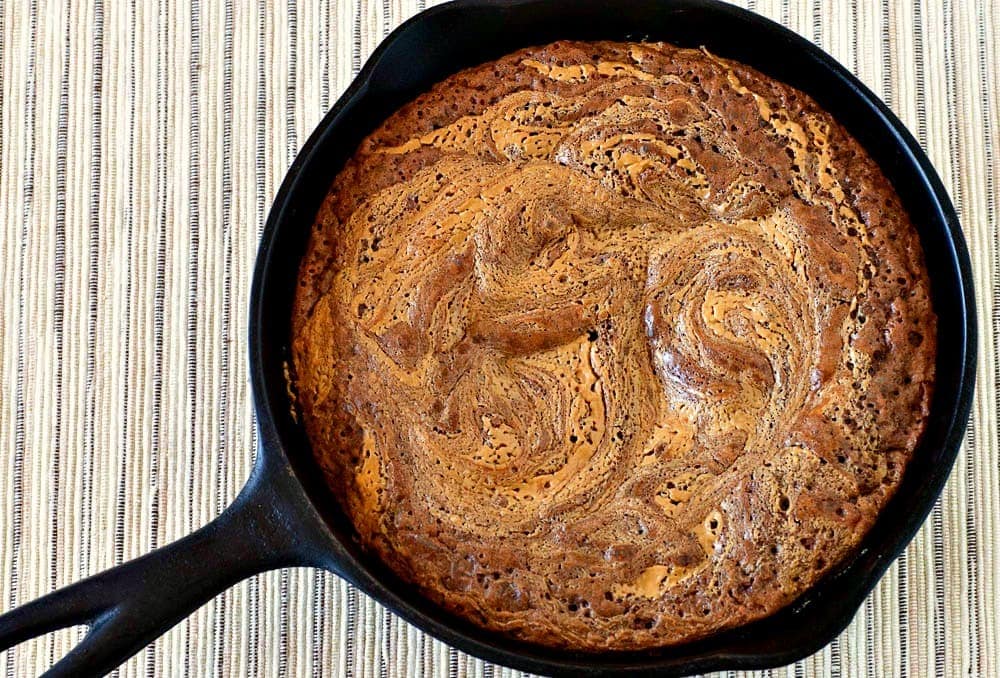