I attended a blogger press trip sponsored by American Heritage Chocolate to explore Historic Philadelphia. Travel expense and accommodations were provided. All opinions are my own.

It often seems that history is a fascinating subject that school makes boring. Reading about the past in textbooks can be dull, but actually experiencing the sights and sounds of history is a great way to learn and make history come to life. Historic Philadelphia is a non-profit organization that is dedicated to doing just that, and one of the main ways they do it is through their History Makers program. In this living history program you can meet citizens from 18th and 19th century Philadelphia and hear their stories about how events like the Declaration of Independence and Revolutionary War affect them. They truly make history come to life. 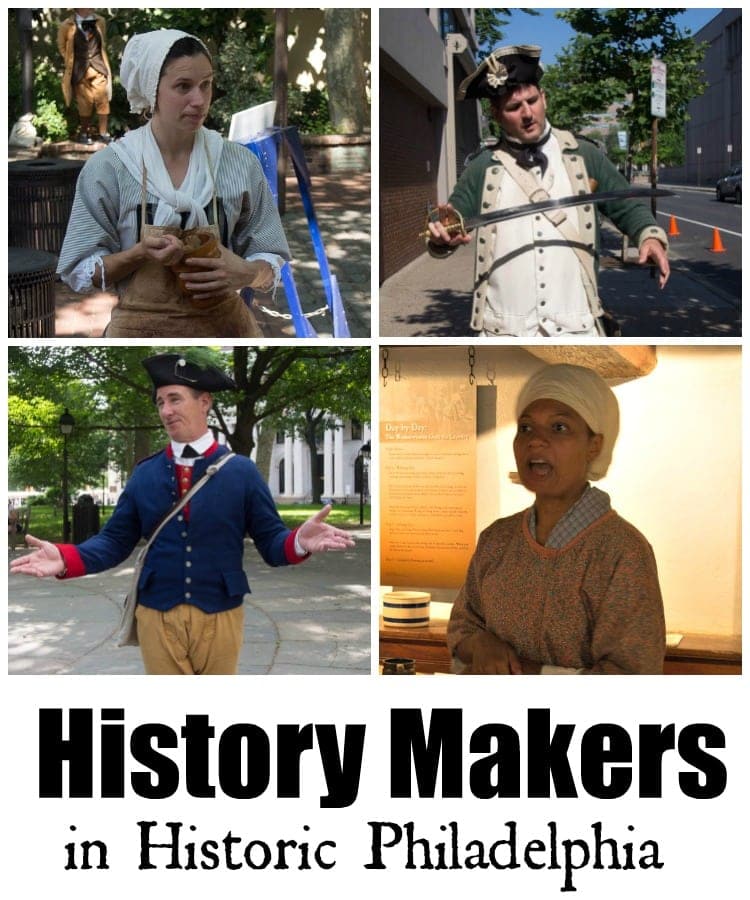 The History Makers aren’t just famous people like Ben Franklin and Betsy Ross. Historic Philadelphia focuses on the history of ordinary middle class people, the kind who never make the history books but are caught up in the events that shaped the nation. I met military men, like Trooper Hair and Major Nicholas, along with a chocolatier, Mary Crathome, and Phyllis, a freed slave working as a laundry maid. All of these are real people from history, accurately researched and portrayed. And many of the History Maker events are totally free! Here are some of my favorite parts of my whirlwind trip to Philadelphia. 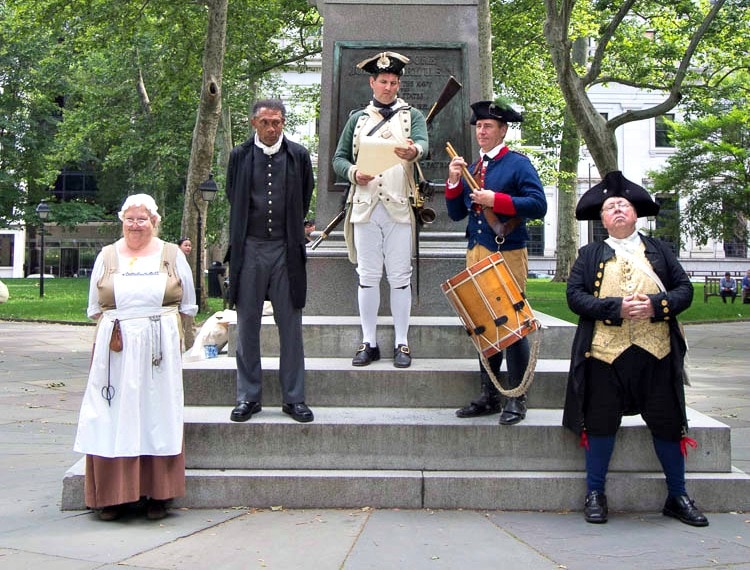 The first event we saw in Philly was a dramatic reading of the Declaration of Independence in the courtyard outside Independence Hall. The History Makers read the Declaration, then add a little bit about themselves and their lives. This is a great way to start out a visit to the historic city, and it happens most days. 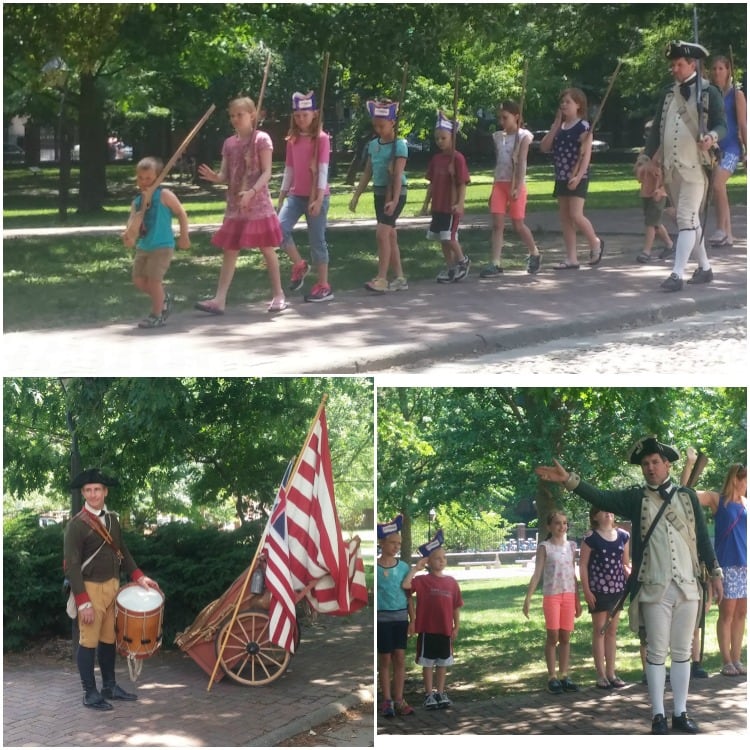 Another fun free event was the Military Muster. Trooper Hair recruited young volunteers to help General Washington and join the Continental Army. After he found volunteers they drilled and practiced some important military maneuvers like a bayonet charge and musket handling. The History Makers are very good at staying in character and making the participants and watchers laugh, while teaching the kids at the same time. You can find even more History Maker events on the website, complete with times and places. 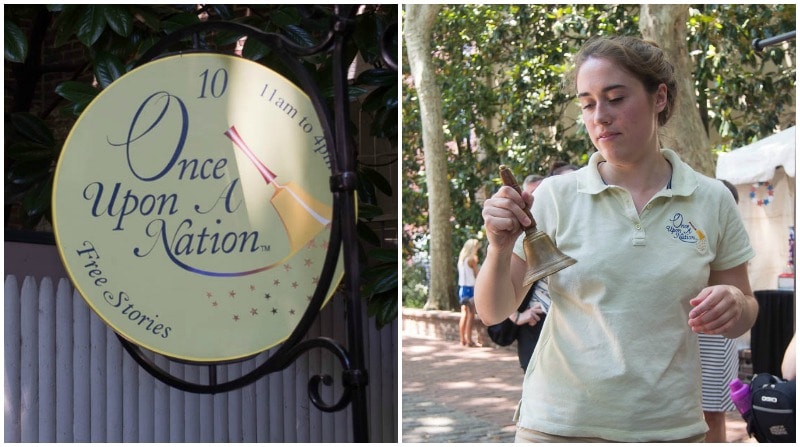 We also spent some time visiting the Story Telling Benches that are scattered around the town. These are benches at which trained story tellers describe some lesser known historic events. For example at Christ’s Church we heard the story of actress Fanny Kemble, and how her opposition to slavery tore her family apart. There are 13 benches around the historic district, and all are free. At each bench you can collect stickers for every story that you hear. With 10 or more stickers you receive a free carousel ride in Franklin Square, sure to be a hit with both children and adults. 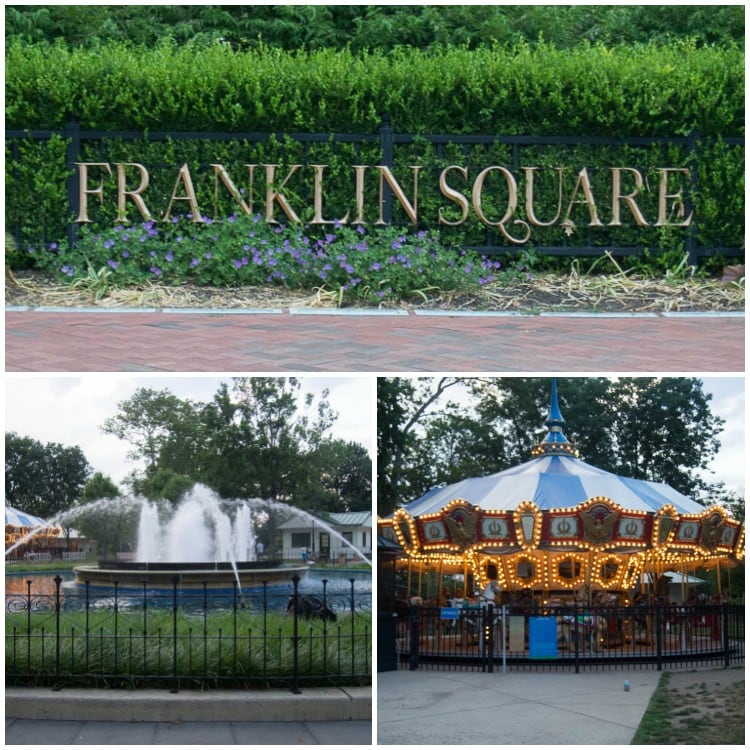 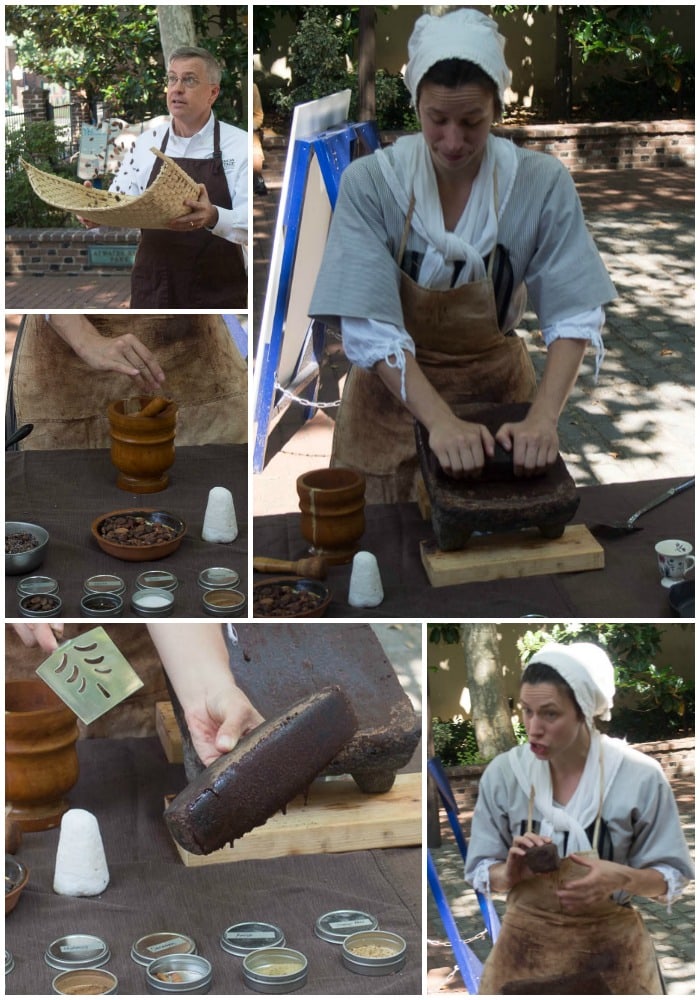 In the courtyard of the Betsy Ross House we participated in the daily flag raising and then a chocolate making demonstration, where we learned all about how chocolate was made in the 18th century. Dave Borghesani, chocolate historian from American Heritage Chocolate, joined History Maker Mary Crathome and showed us the process of creating chocolate. They used a basket to winnow the cocoa beans, then ground the cocoa nibs and mashing them. I was fascinated to see how chocolate was made into a block of chocolate, which is then grated from to make a chocolate drink. Chocolate in the 1700s was usually served as a drink, using special chocolate pots. Of course we were able to taste some of the delicious drink and even sample some cookies made with the chocolate. Unlike modern chocolate historically chocolate was made without added dairy, and was instead flavored by spices such as cinnamon, nutmeg or chili peppers. 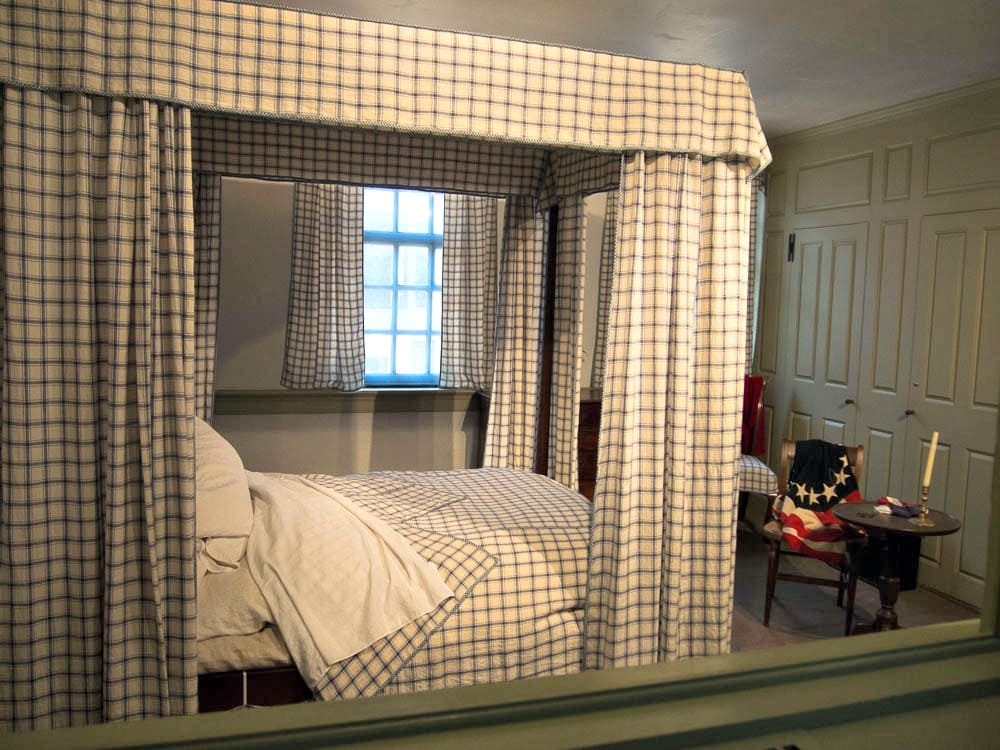 After the chocolate demonstration we toured the Betsy Ross house. Betsy Ross was an upholsterer in town, and she was asked by the Continental Congress to make a flag for the new country. It is a small house with narrow winding stair, and it really gives you a sense of what the houses of regular folk were like at the time of the Revolution.  We got to see the parlor where Betsy met with the Flag committee and the bedroom where she sewed the first flag. 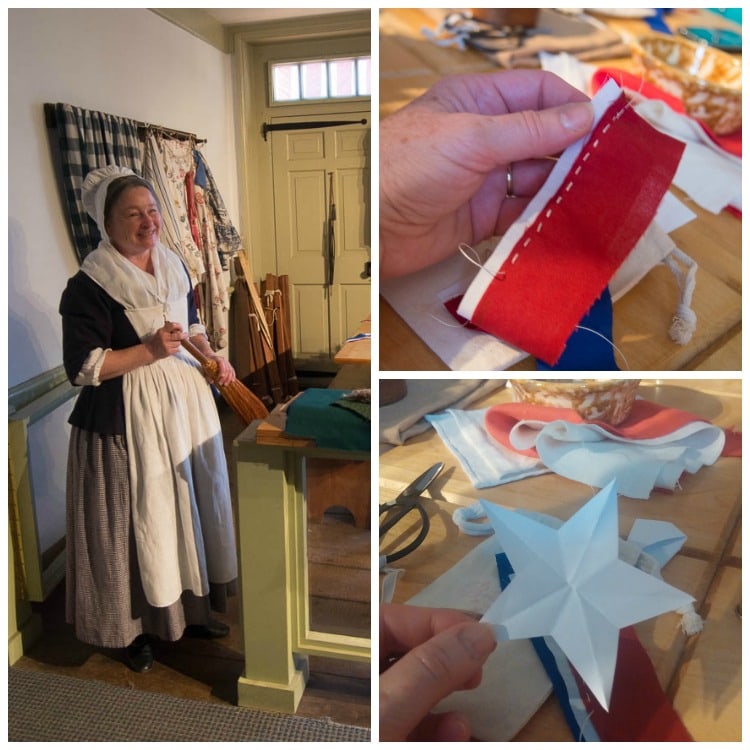 After the tour Betsy Ross herself showed up and gave us a sewing lesson. She was hilarious, and very patient with her not very talented students. We sewed some red and white stripes together, and then she demonstrated her trick for cutting a five point star with one snip of the scissors. It took a few tries, but eventually we all managed to cut our own five pointed star, just like on the flag. 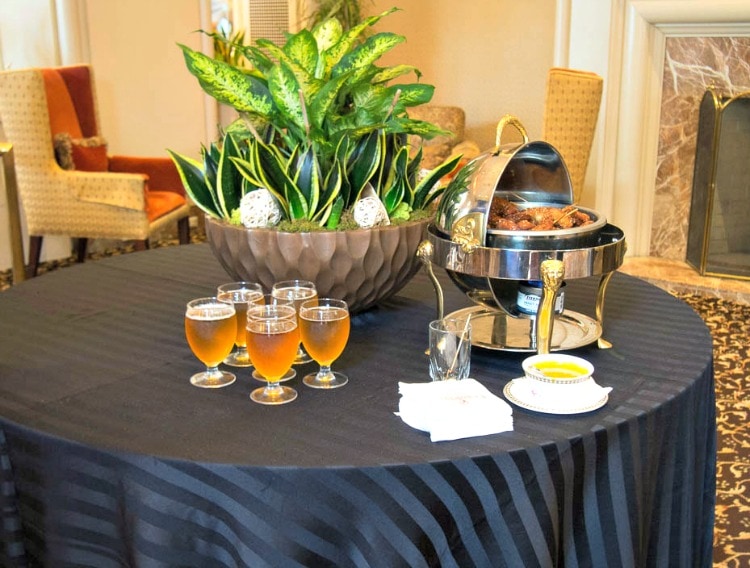 We also had a chance to experience some of Historic Philadelphia’s tours. We went on the Tippler’s Tour, given by Trooper Hair, a Revolutionary War soldier. As you might guess from the name this tour was a tour of some of Philadelphia’s favorite taverns. Taverns were a huge meeting place in the 1700s, and one of place people went to find out news and information. Trooper Hair led us in hilarious toasts and even taught us 18th century drinking songs! Along the way we sampled some cider and beer, and had some appetizers to go with them and participated in a trivia challenge. This tour was a great way to see a different side of the city. There are a number of variations of the Tippler’s Tour based on the season, including a haunted ghost theme tour. 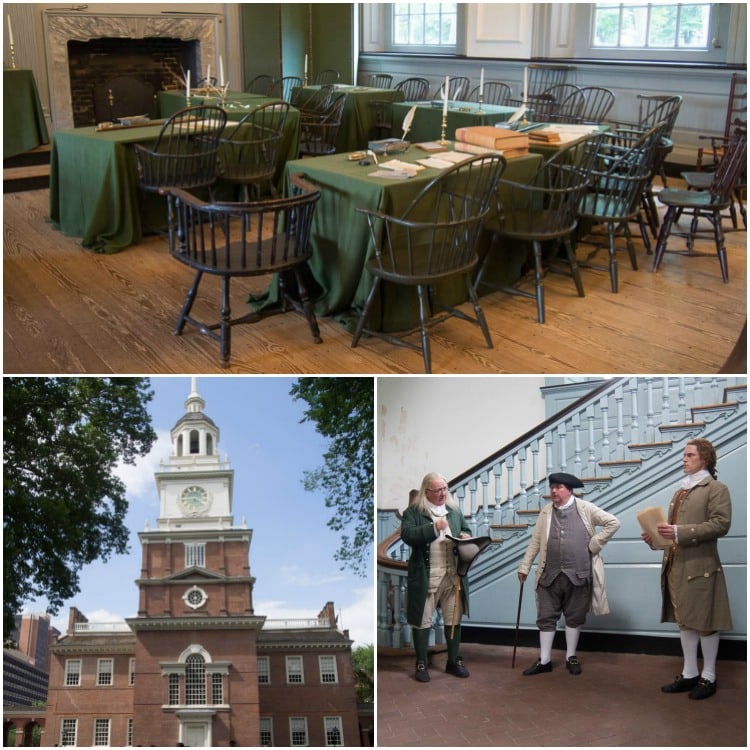 We also got to experience part of the Independence After Hours tour. While we were on our pub tour Trooper Hair offered to sneak us in to Independence Hall for a private tour. This after hours tour was one of the highlights of the trip, because it really gives you an idea of what it would have been like to be in Philadelphia during colonial times. We were able to see Independence Hall without crowds of people, and get a behind the scenes glimpse at some of the drama surrounding the writing of the Declaration of Independence. 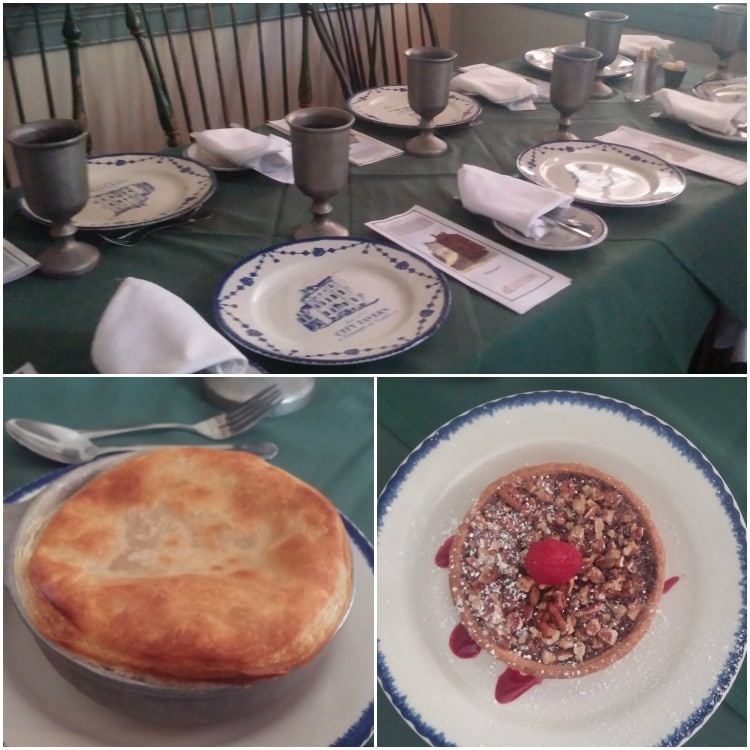 This is one of the tours Historic Philadelphia offers regularly, and the official After hours tour includes dinner at Historic City Tavern. We had lunch at City Tavern the following day, and it was delicious. I had a traditional Turkey Pot Pie, with Chocolate Bourbon Pecan Pie made with American Heritage Chocolate for dessert. Ben Franklin even stopped by to chat with us during our lunch – a nice surprise! 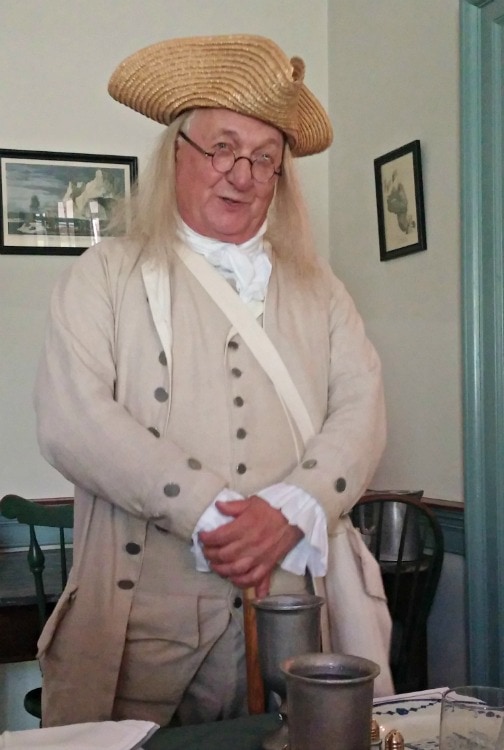 So when you are planning a trip to Philadelphia make sure you check out some of these historic activities and immerse yourself in the history of this fascinating city. And check back next week for more about American Heritage Chocolate with a recipe and a chocolate giveaway! 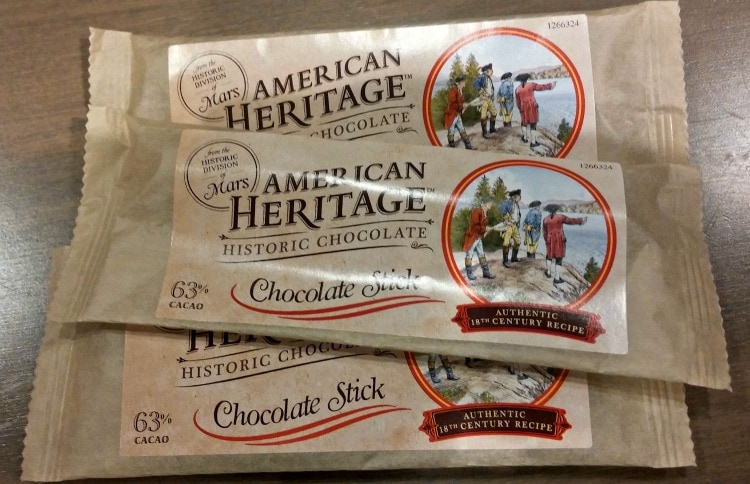