This recipe for Instant Pot Potato Soup is creamy and delicious, yet it is quick and easy to make. The pressure cooker soup is a creamy combination of potatoes and vegetables, topped off with all your favorite baked potato toppings – sour cream, bacon, cheese and more. Potato soup is a great comfort food for a cold and blustery winter day! 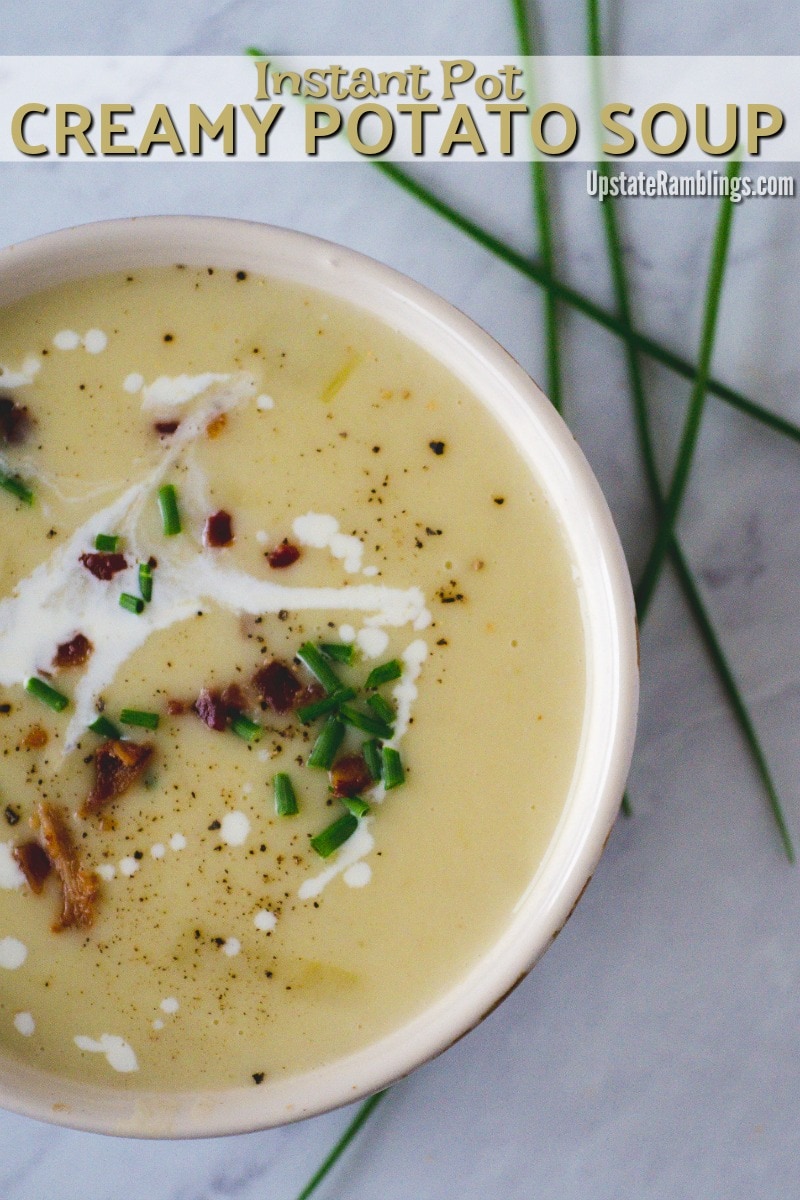 It is cold here! Winter and freezing weather call for comfort food and nothing says comfort food like a warm and hearty potato soup. When it is this cold I just want to put on a comfy sweater and curl up by the stove with a hearty soup.

There is lots to like about this recipe for Instant Pot potato soup. First of all it is quick to make and it doesn’t take a bunch of fancy ingredients. Sure I used leeks in my recipe and those probably aren’t in everyone’s refrigerator, but you could substitute onions instead or just leave them out altogether. This pressure cooker soup recipe is a great one for sneaking vegetables into your kid’s meals. Since the soup is blended smooth individual veggies won’t stand out, so you can add in some like celery, peppers or carrots if you want to change up the recipe. 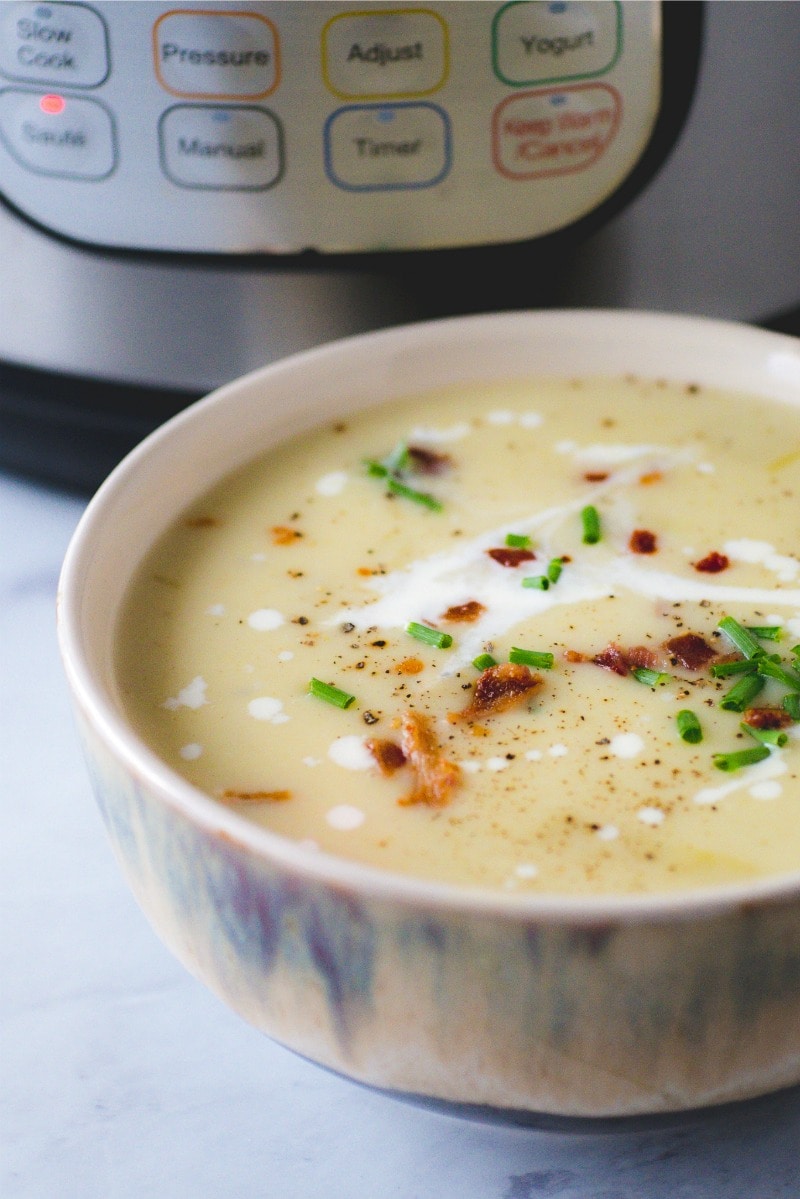 This soup is also pretty healthy and low in calories. Unlike some recipes for loaded baked potato soup there is no cream cheese added, just a bit of half and half to make it creamy. The recipe calls for a few pieces of bacon which adds a bit of fat and a lot of taste. The toppings are added by each person at the dinner table, so everyone can put on their favorite and add as few or as many calories as they desire.  All in all this makes Instant Pot potato soup a quick and easy dinner that will keep you warm this winter. 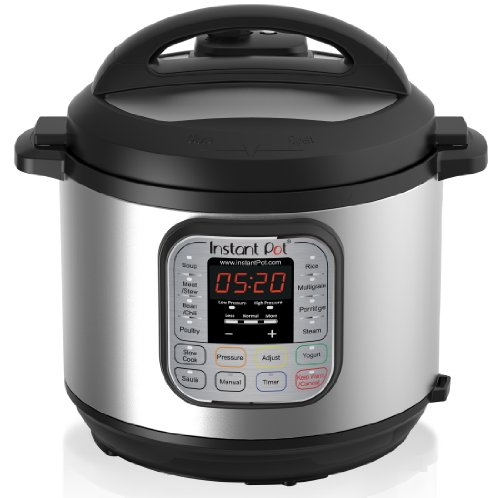 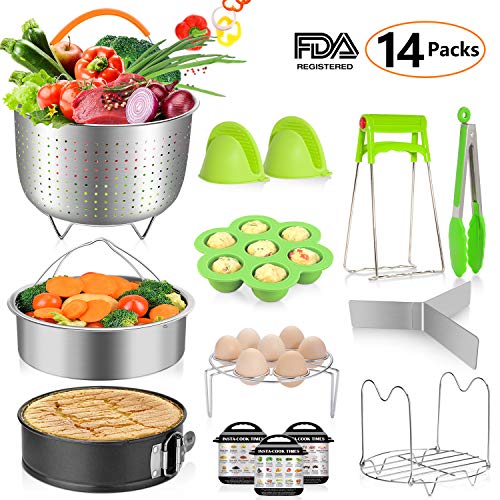 How do you Make Loaded Potato Soup

The first step in making the potato soup is cooking the bacon. Bacon is so flavorful that just a few pieces can add a lot of flavor and excitement to a dish. I cooked the four pieces of bacon using the Saute function of the Instant Pot. The one pot cooking is my favorite Instant Pot feature, since I hate washing extra dishes. Once the bacon is cooked I took it out and set it aside to use on top of the soup. I left the bacon fat in the Instant Pot though, for flavoring the meal. 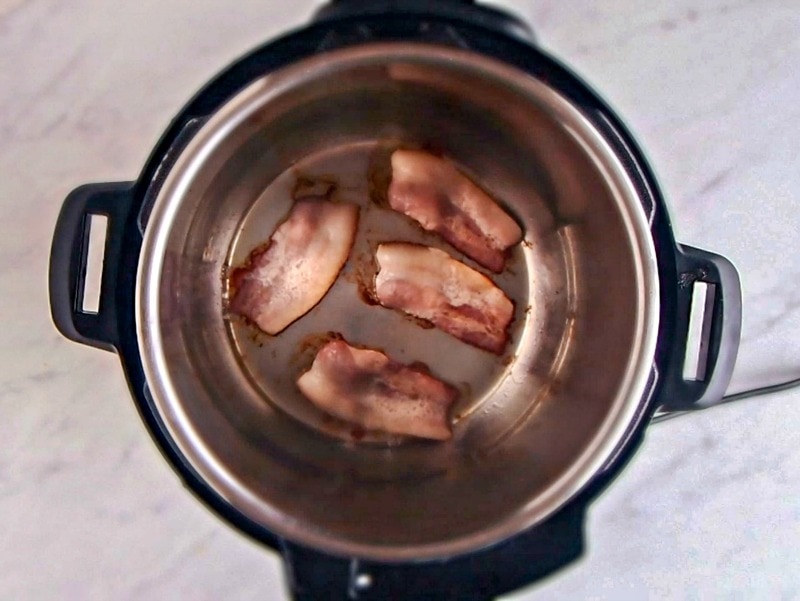 After the bacon was done I added the 2 cups of leeks to the pressure cooker to saute for a few minutes. Leeks are traditional for potato soup, but you can easily add in any vegetables you like. A combination of onion and celery would be a great substitute for leeks. 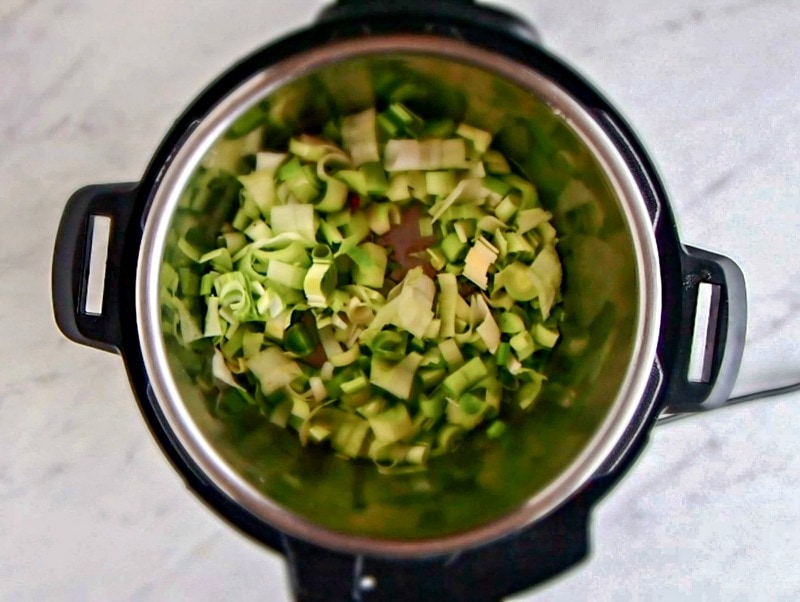 After the leeks are sauteed for a few minutes you are basically done with the hands on portion of the recipe. It is time to add all the remaining ingredients, except for the half and half and the soup toppings. I chose to use yellow potatoes in my recipe, but russet or red potatoes are equally good. The yellow potatoes give the final soup a subtle yellow tinge. The pressure cooker is brought up to high pressure for 7 minutes, long enough to cook the potatoes and vegetables. 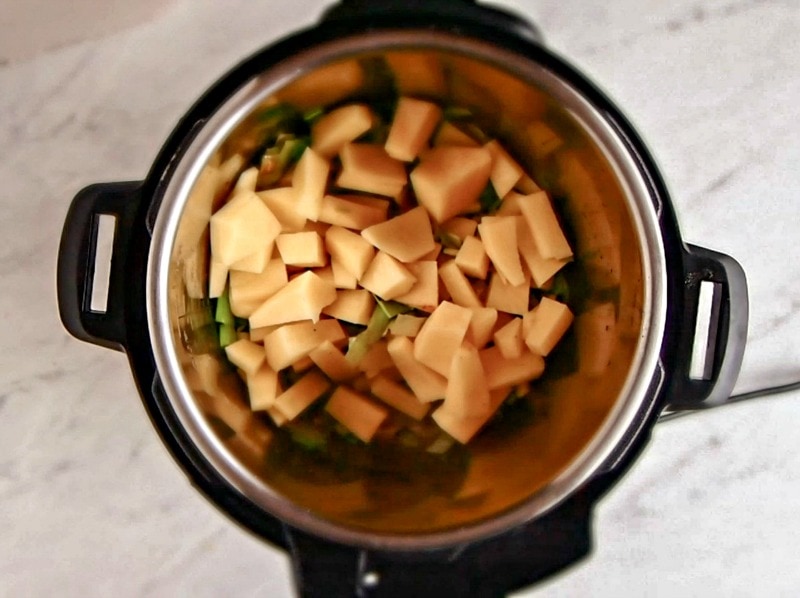 Do you want Creamy or Chunky Instant Pot Potato Soup?

Once the Instant Pot beeps I let it sit and naturally release pressure for 10-15 minutes. Stir in a bit of half and half and the creamy soup is almost ready to go. I like my soup creamy, not chunky, but that is a personal preference. So I usually use an old fashioned potato masher to smash the potatoes and give the instant pot potato soup a thicker, creamy texture. You could also use an immersion blender or even pour the liquid into a full size blender if you want it to be completely smooth. Or you could do nothing at all and serve a chunky potato soup. 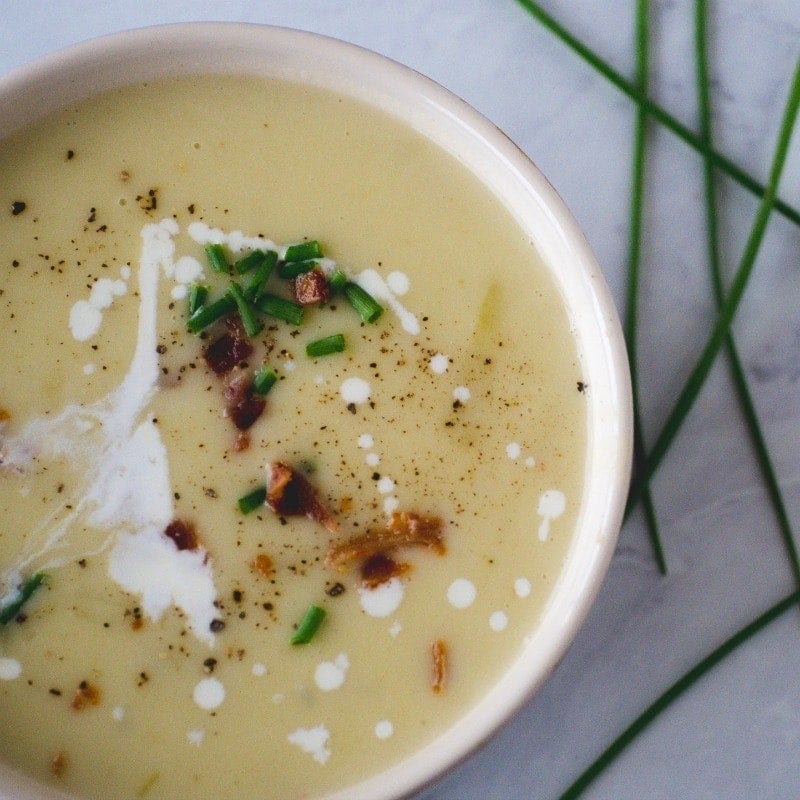 The bacon that was cooked earlier is of course placed on the table to top off the pressure cooker potato soup. I also like to include all the standard baked potato fixings for garnishing the soup – black pepper, sour cream, chives and cheddar cheese. It works best to put a bunch of little bowls on the table and let everyone pick the best toppings for their soup. 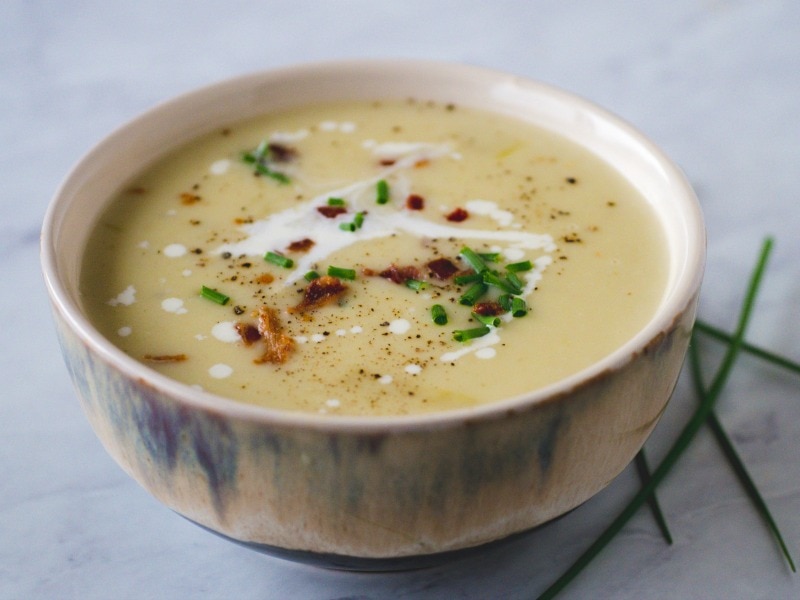 Is this Recipe Gluten Free or Vegan?

The recipe is already gluten free. You can easily adapt it to be vegetarian by skipping the bacon and making sure you use vegetable broth. Making the recipe vegan is a little more complicated, because of the half and half. But I have found that 1/2 cup of full fat coconut milk makes a good substitute for half and half and helps the soup keep its thick, creamy texture. 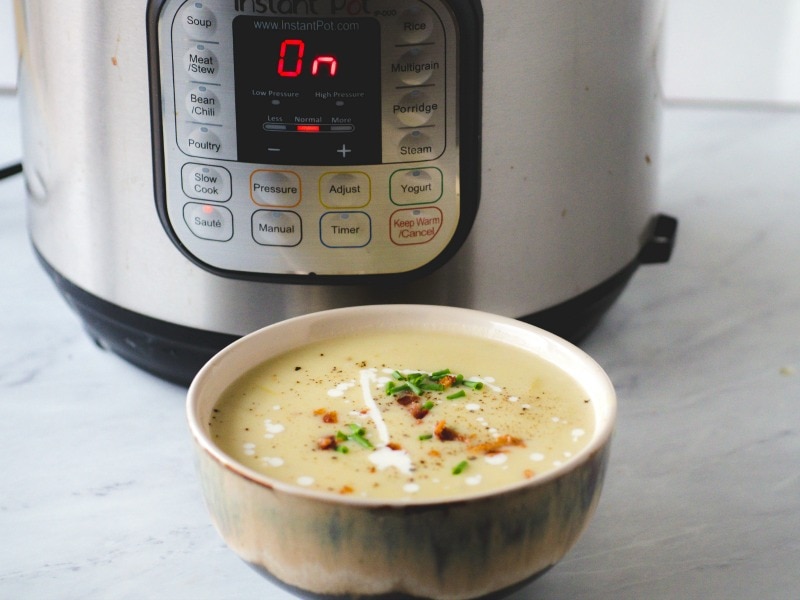 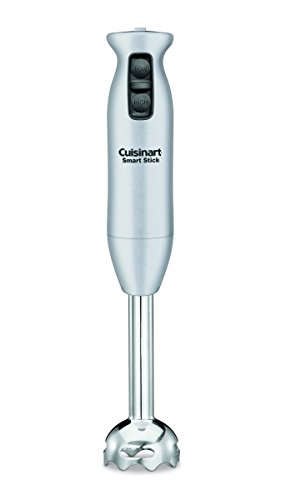 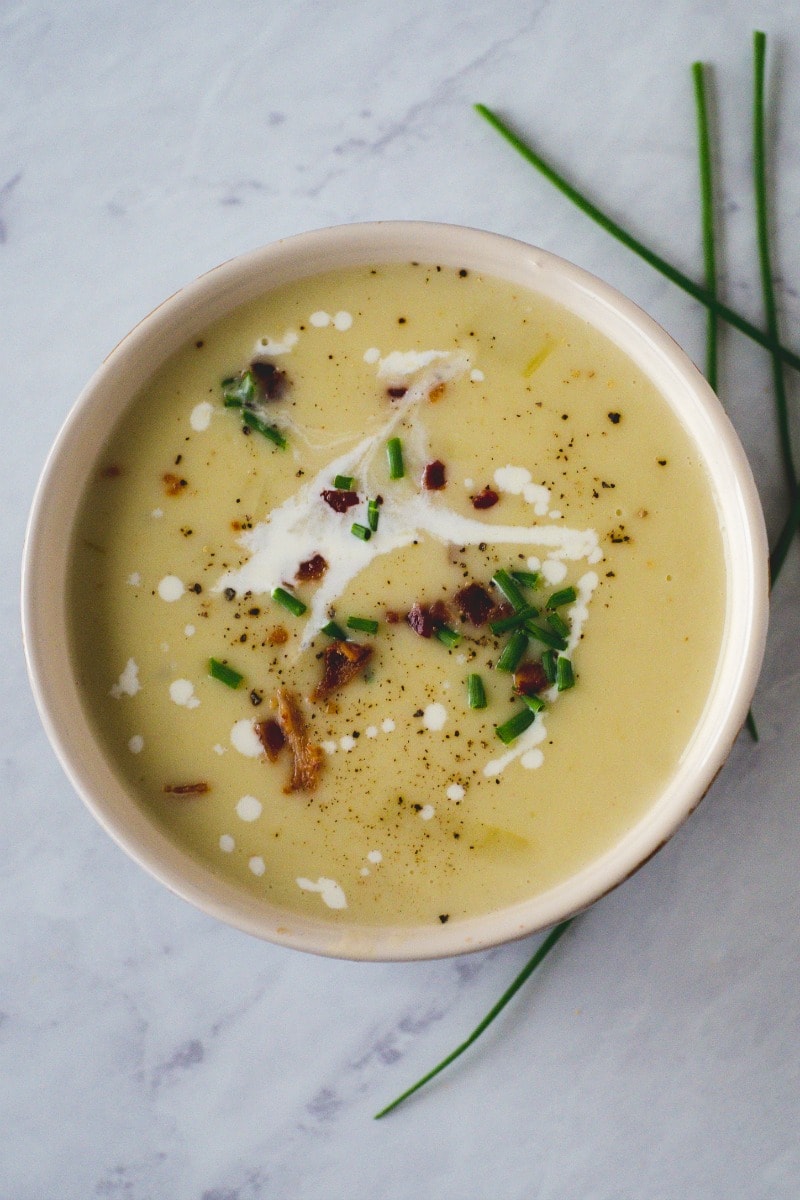 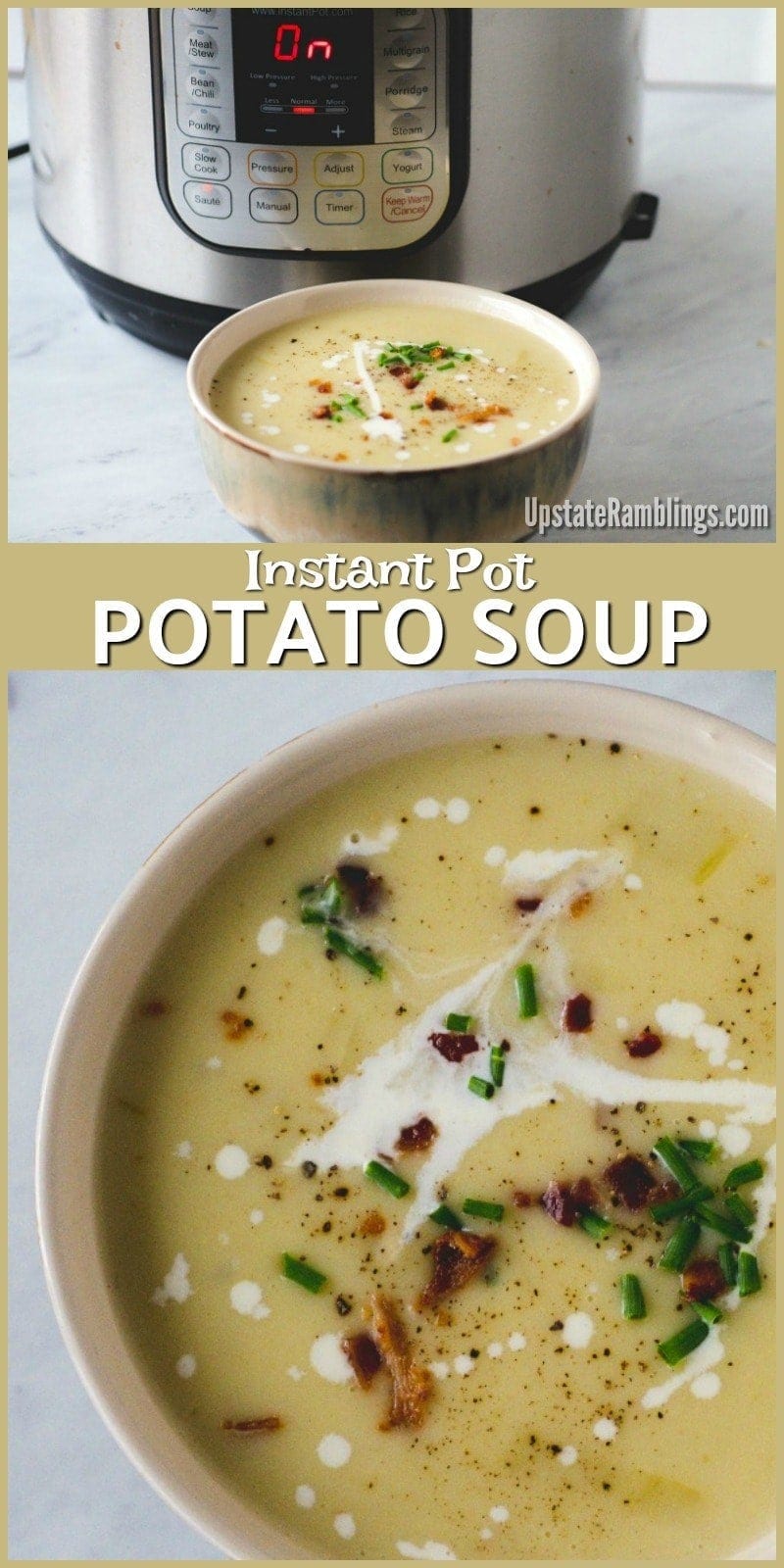