Disclosure: I received product to review.

My kids and I love building with K’nex! These toys are perfect for keeping minds engaged and encouraging creativity. I recently received a bunch of K’nex’s building toys to review. 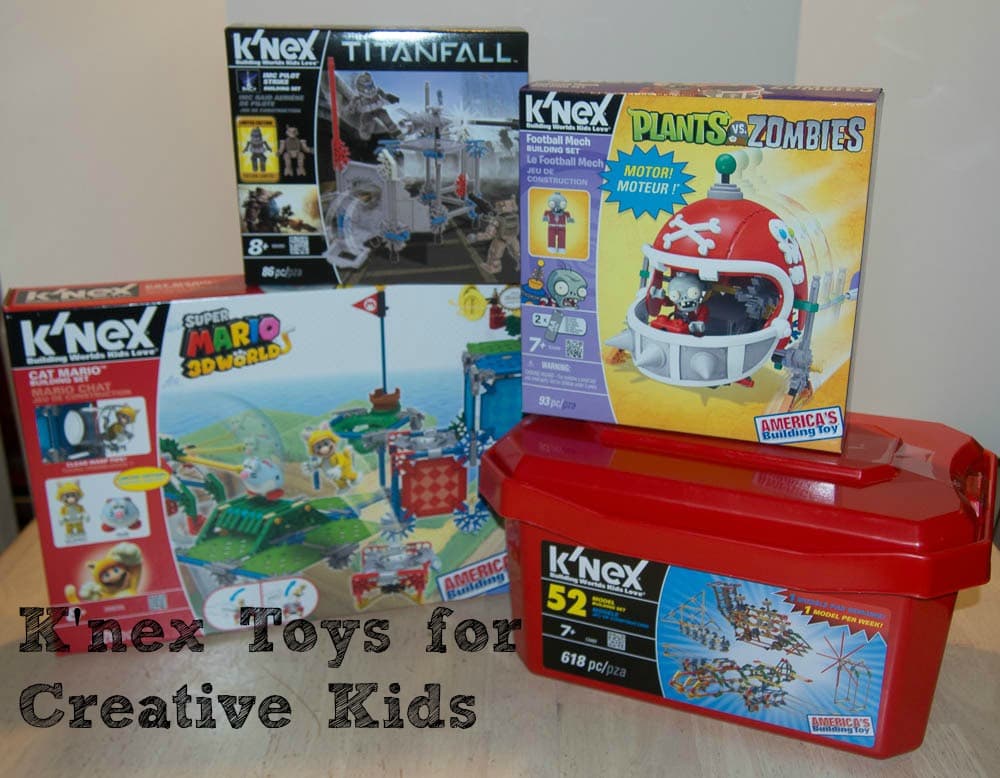 K’nex has a whole line of toys based off video games, which I think is great idea.  Kids love video games, so these building sets can encourage kids to move from playing electronically to creating their own story using the characters.  Instead of buying a video game you can buy a toy based on the game, and they will have more hands on fun.  When we got these toys we were immediately drawn to the Football Mech Building Set” Plants Vs. Zombies Football Mech Assortment Set.  Let’s face it zombies are popular right now! 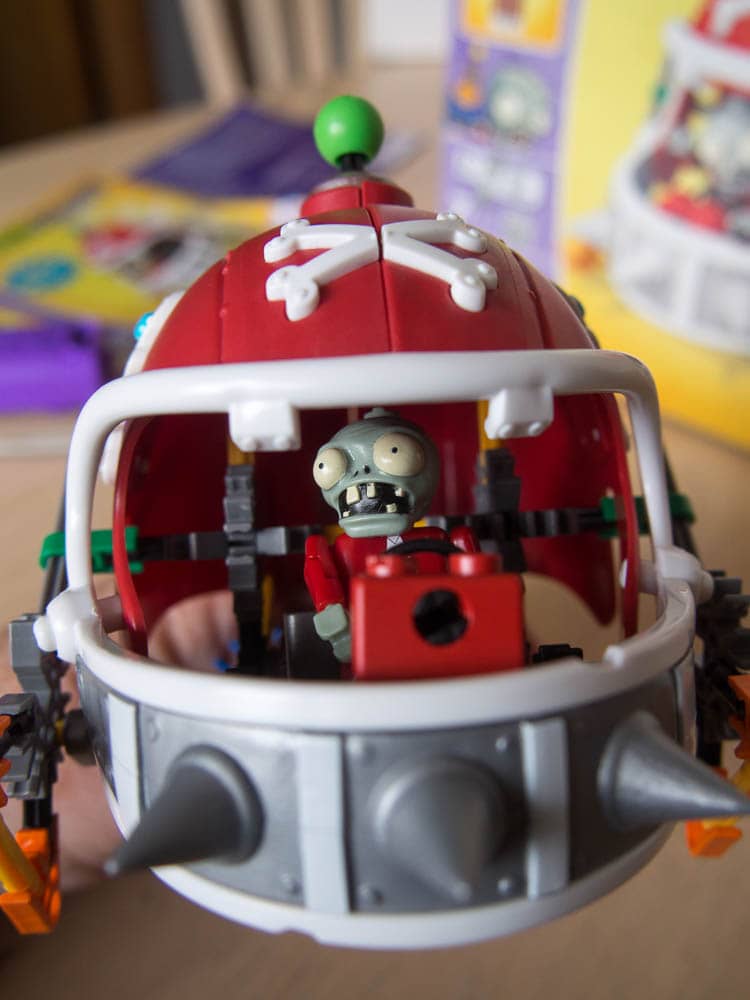 The football zombie is pretty amusing, and looks just like the ones in the video game!  The creepy looking zombie appealed to my son, and best of all this model has a motor that moves it across the table – as long as you follow the instructions and build it correctly. 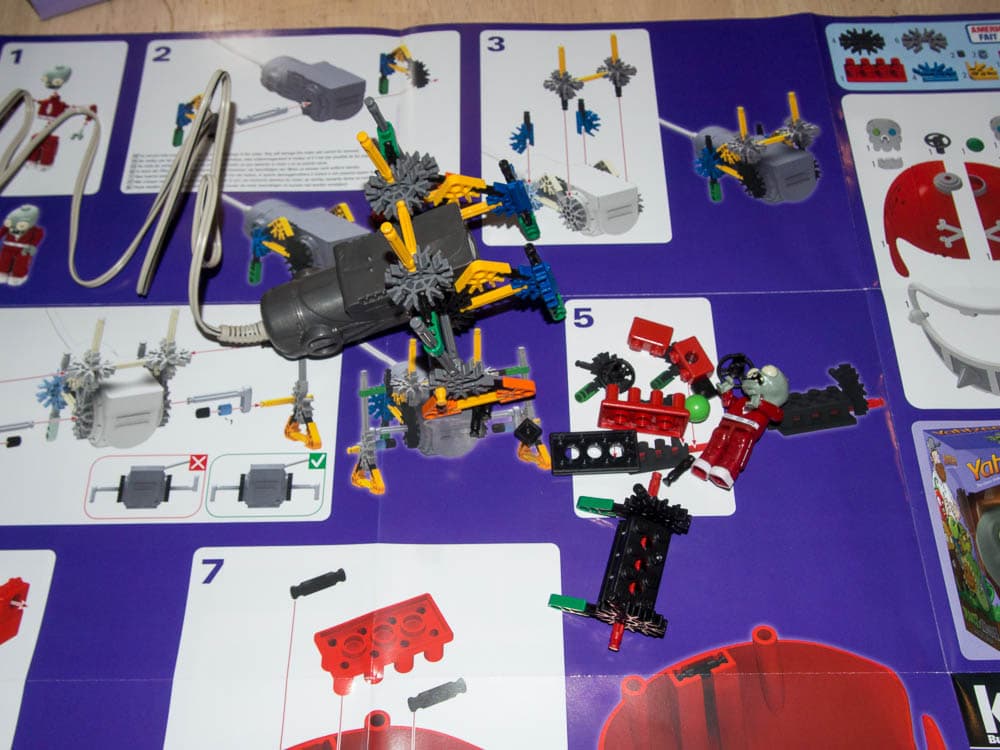 It took about 30 minutes to build our football zombie, using the detailed diagrams in the directions. There were 93 pieces, and the hard part was getting it all hooked up right so that the contraption would walk.  We had part of it backwards at first, so we had to do some trouble shooting! 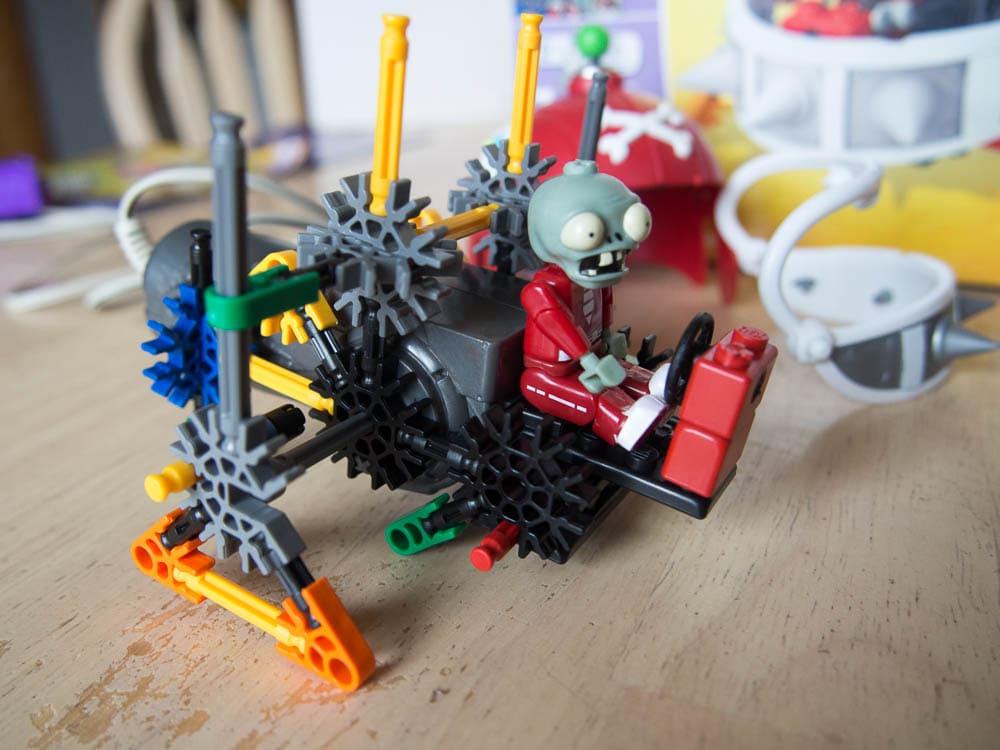 Once it was finished we put the football helmet on our zombie, added some batteries to the motor and watched our zombie amble slowly across the table.  As long as zombies move this slowly I am not worried about outrunning them!

Here are details on all the models we received:

52 Model Building Set” target=”_blank” rel=”nofollow noopener”>K’nex 52 Model Building Set – This set is packed over 600  rods and connectors  and instructions for building everything from trains, planes, animals, to tall structures. This is a great set for introducing K’nex, and will allow hours of creativity.  Good for ages 7+

IMC Pilot Strike Building Set” target=”_blank” rel=”nofollow noopener”>Titanfall IMC Pilot Strike – My son enjoys playing Titanfall on his Xbox, and now he can build his own army out of K’nex.  With this set you can use the IMC Pilot to battle the Spectre in one-on-one combat.  The excitement of this set includes an exploding wall, just like in the game.  For builders ages 8+.

These make Christmas presents!  You can connect with K’nex on all kinds of social media here:

Want to win some K’nex? Right now the K’nex Facebook page is giving away the entire Plants vs. Zombies K’nex Collection, which includes the set I received and much more.  That giveaway ends October 16th, but they will be giving away a K’nex Roller Coaster, An Angry Birds Prize Pack and a Mario Kart Wii Prize package in the upcoming weeks. And during the month of October you can enter to win the K’nex A Day Giveaway on the website.