Labor Day is the traditional end the summer season, but it means more than just the closing of the neighborhood pool. Labor Day actually has a fairly bloody past, as it was started after U.S. workers died during the Pullman Strike in 1894. 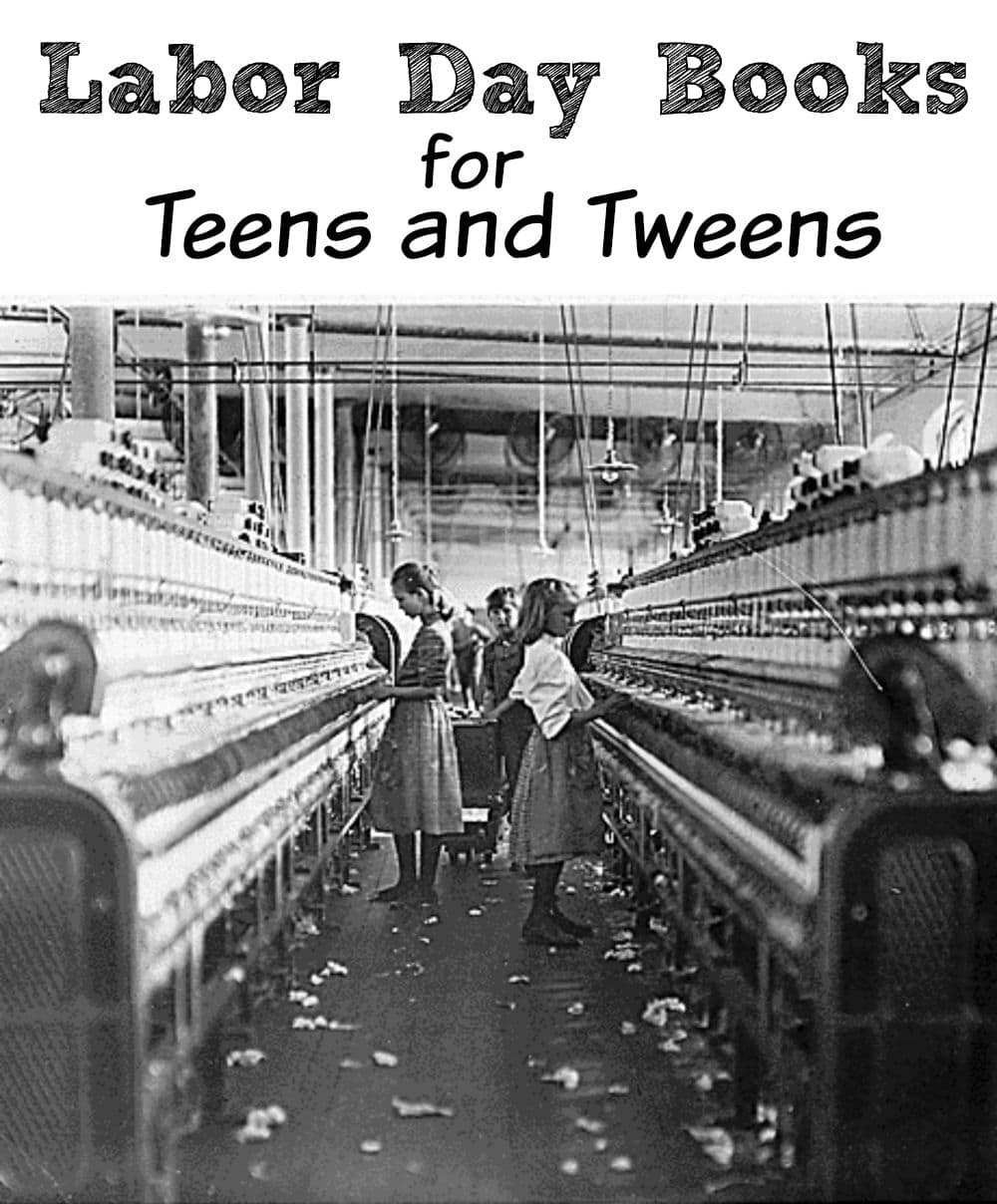 This is an era in history which is sometimes glossed over in history at school, so books can help make it come alive. Much of the earliest efforts in the labor movement focused on the abuses of child labor, which is easy for kids to identify with and understand.  Check out these Labor Day Books for Teens and Tweens for some excellent age appropriate reading about the labor movement.

This historical fiction is set in New York City, at the time of fire at the Triangle Waist Company which claimed the lives of 146 young immigrant workers.  This incident was one of the sparks for the labor movement in this country, and in this book it is told from alternating perspective of 3 teens, two immigrant girls and the daughter of a businessman.

Bread and Roses, Too

This novel is the story of a boy and a girl, caught up in a historic 1912 labor strike in the Lawrence, Mass., textile mills. The book gives an overview of union organizing, and how the strike causes upheaval in the lives of everyone involved in them.

– By Pat Hughes – This historical fiction novel tells the tale of two boys growing up in the coal country of Pennsylvania. It focuses on two boys, one an immigrant laborer and one the son of the coal-mine owner. The book provides a compelling portrait of life during the Industrial Revolution.

This book is a great non-fiction companion to the novel above.  It tells the story of how photographer Lewis Hine used photographs to expose the reality of child labor in the early 1900s. A great look at both the cause the use of photography to influence public opinion.

This biography tells the story of Mary Harris Jones, a union organizer and reformer who worked tirelessly to secure the rights of workers.

Free the Children: A Young Man Fights Against Child Labor and Proves that Children Can Change the World

This book is inspirational, because it talks about how one child made a difference in child labor in Pakistan.  It also reminds kids that while child labor is no longer an issue in this country, there are many places in the world where reforms are still needed.

7 thoughts on “Labor Day Books for Teens and Tweens”