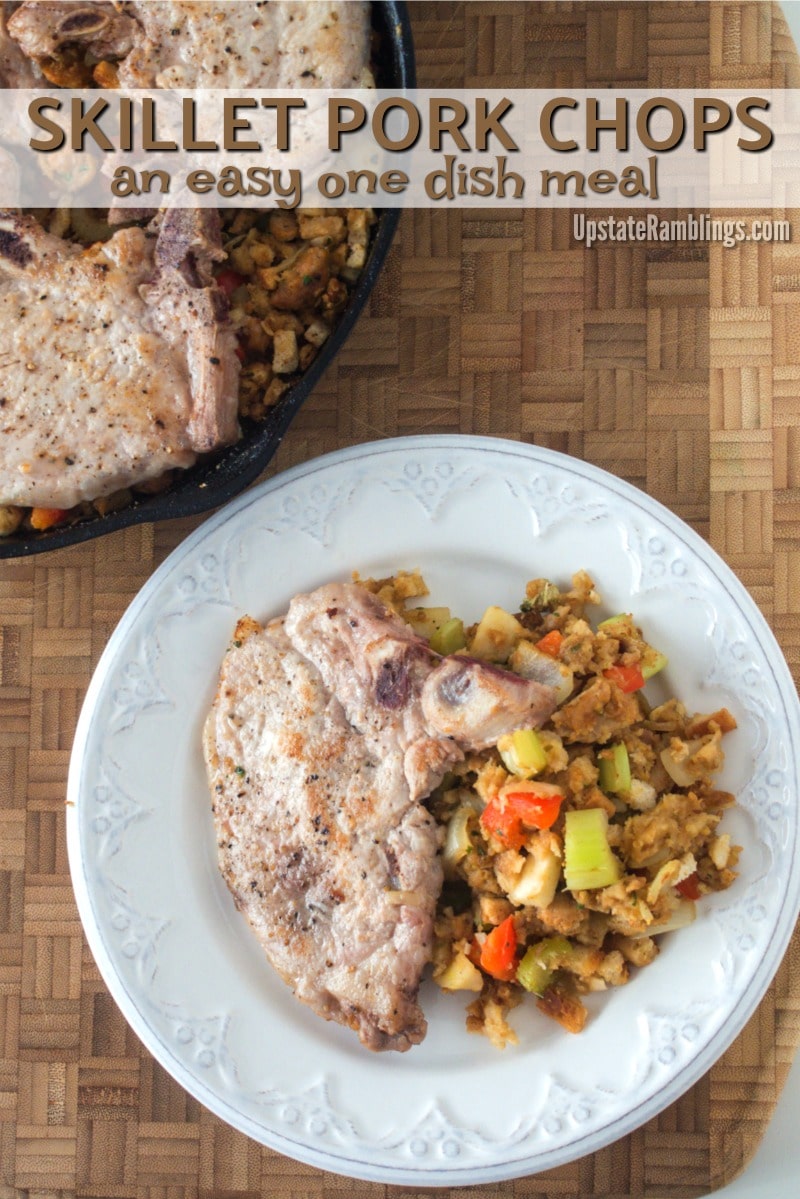 This post was orginally compensated by Collective Bias, Inc. and Mazola® Corn Oil. This post contains affiliate links. As an Amazon Associate I earn from qualifying purchases.

I want to serve my family meals that are wholesome – but I also want to make sure that I still make the meals we know and love. Pork chops with a side stuffing is a family favorite, so I made a few simple changes to the dish to make it even better and to make it a quick one dish meal.

Everyone in my family loves stuffing with sausage. For this dish I chose to use turkey sausage instead of pork sausage for the stuffing. Either spicy or sweet sausage works and I chose to go with spicy sausage. Turkey sausage makes the dish less fatty with no loss of taste.

I also added lots more delicious extra ingredients to the stuffing. The original recipe simply used a green pepper, but for this lighter recipe I swapped that for a red pepper, and then added an onion, celery and an apple. I love serving apples with pork, and adding one to the stuffing gives the recipe an extra burst of sweetness, which tastes amazing with the spicy sausage. The extra vegetables and fruit means extra fiber and flavor. 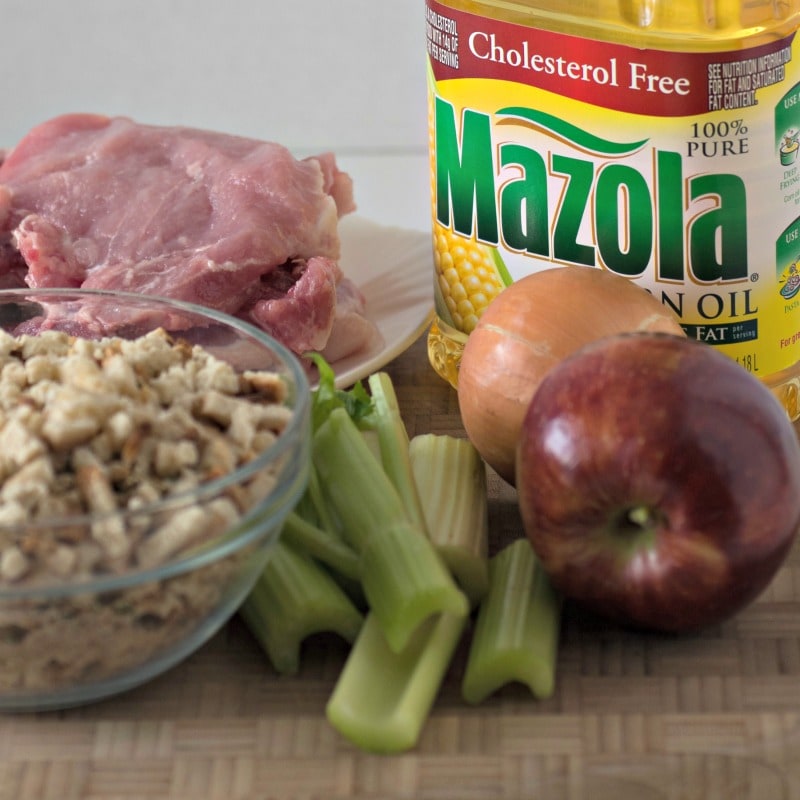 How to Cook Pork Chops in a Cast Iron Skillet

Even with these changes the recipe is still a simple one dish meal that is quick and easy to put together. It is all made in one cast iron skillet, which means fewer dishes to wash. First I brown the pork chops in the corn oil, making sure that I sear them so they will have a nice light brown color. Then I set them aside on a plate while I get the stuffing ready.

I use the same cast iron skillet to quickly brown the turkey sausage. Then I added the onion, apple, pepper and celery to the skillet and cooked them for a few minutes to soften the vegetables. 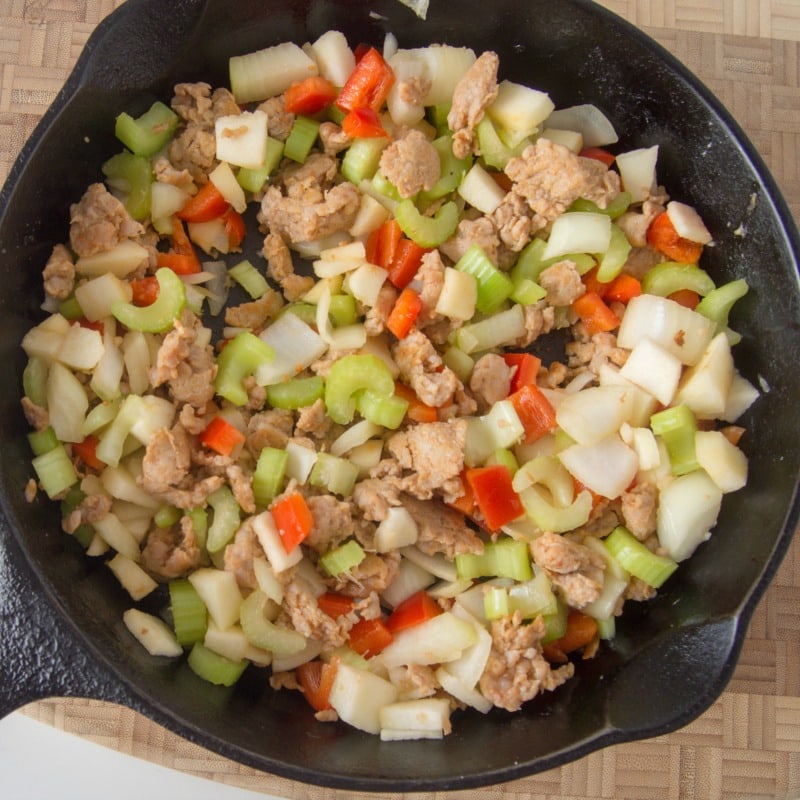 Then I stirred a box of stuffing mix into the sausage and vegetables and added water. I stirred the whole mixture to make a tasty pork stuffing with lots of extra veggies. The pork chops go back on top of the stuffing and then the entire pan goes into the oven to bake for 10 or 15 minutes, until the pork chops are cooked through. One of my favorite things about cooking in a cast iron skillet is that the pan can go from stove top to oven with no issues. 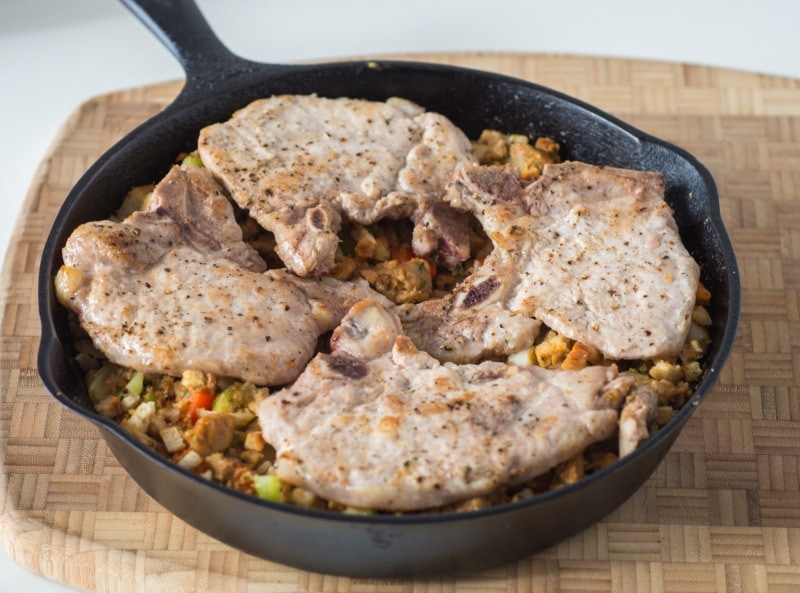 While the pork and stuffing skillet cooked I made a simple green salad to complement the meal and dinner was ready. It took about 30 minutes from start to finish and I had a wholesome dinner on the table the entire family could enjoy! And thanks to the versatile cast iron pan clean up is also quick and easy. 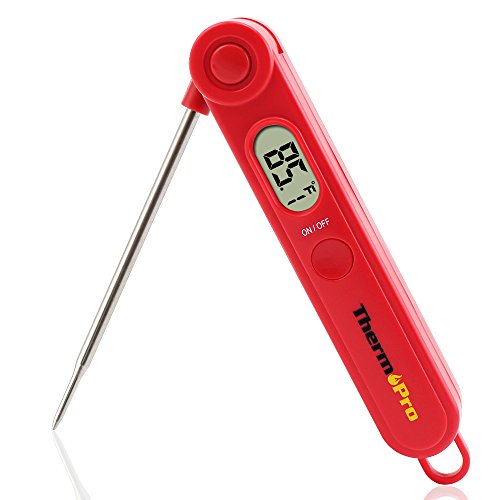 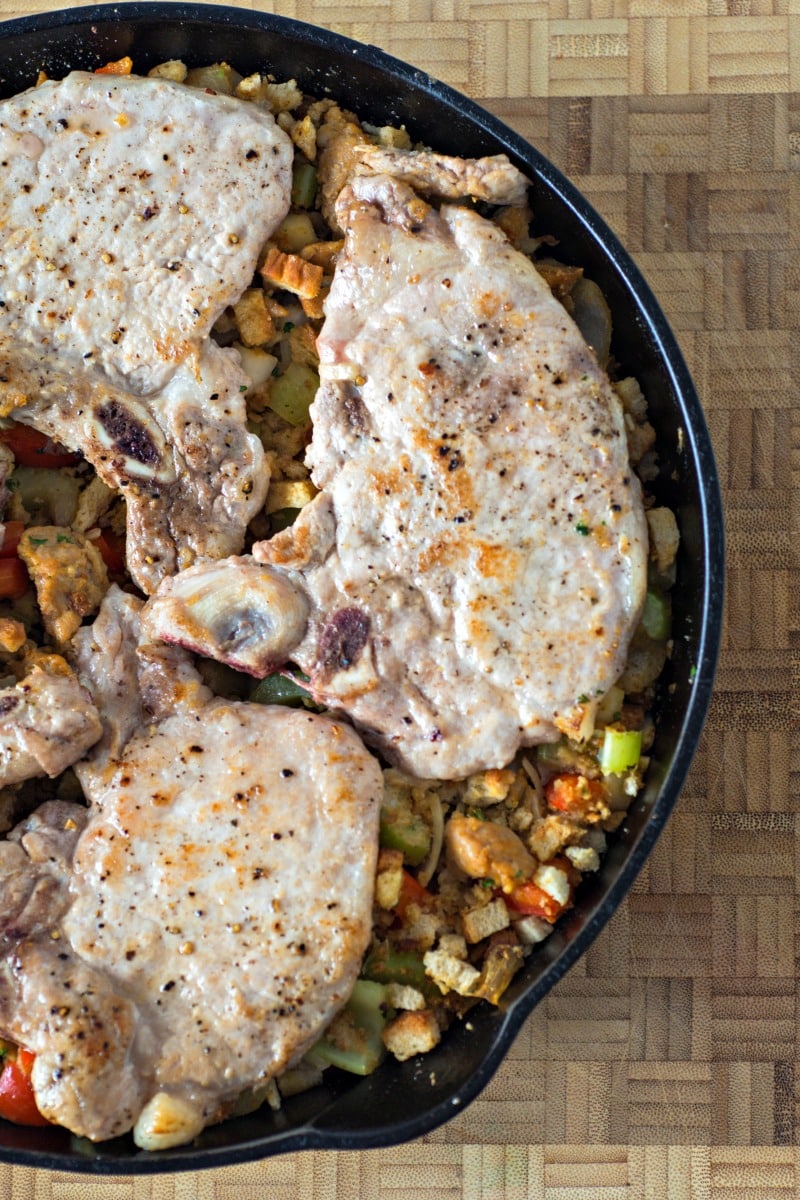 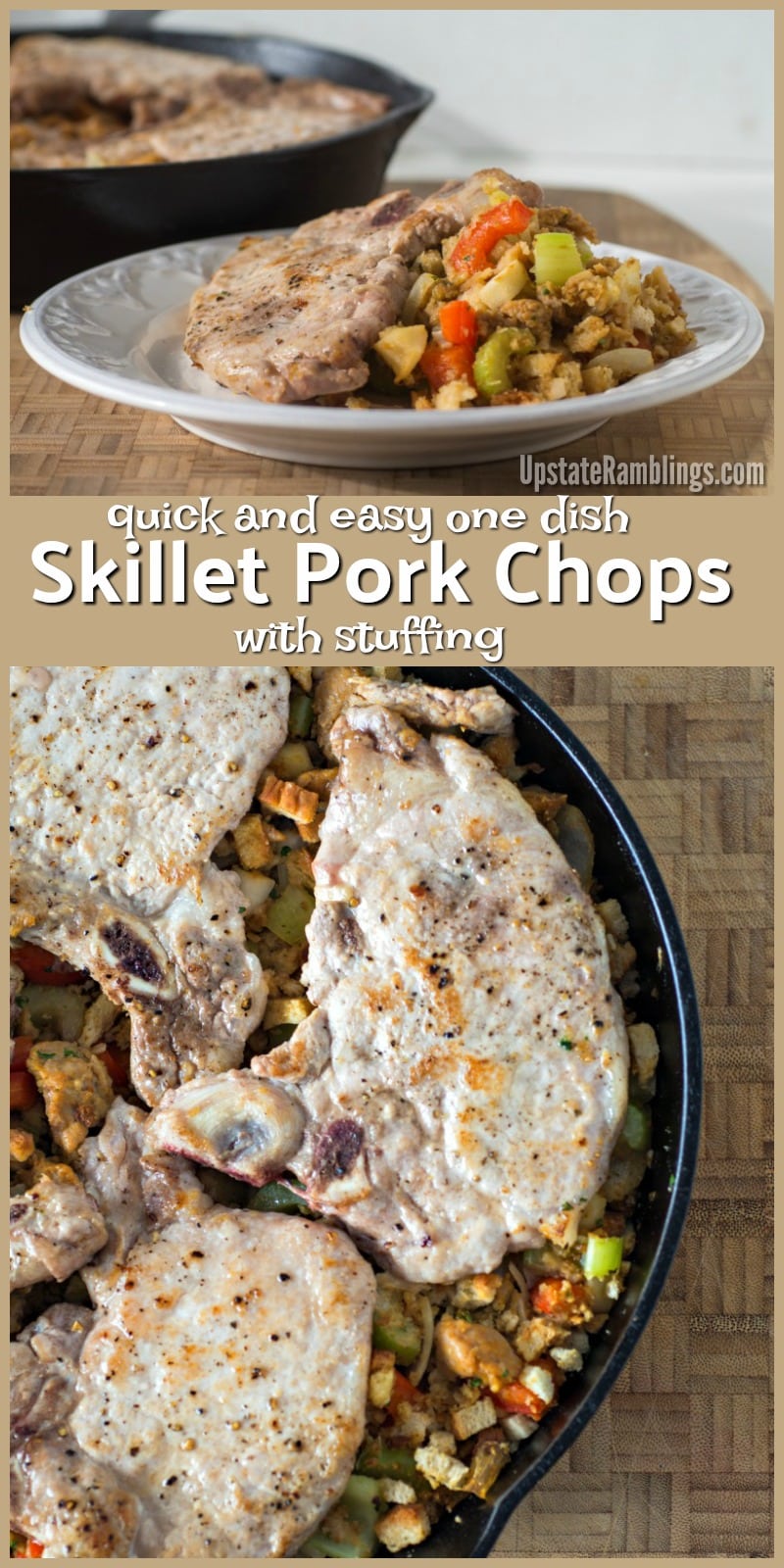