This shop has been compensated by Collective Bias, Inc. and its advertiser. All opinions are mine alone. #MullerMoment #CollectiveBias

I love yogurt, especially with fruit.  Today I made this Raspberry Cherry Yogurt Parfait, and it is a delicious snack. 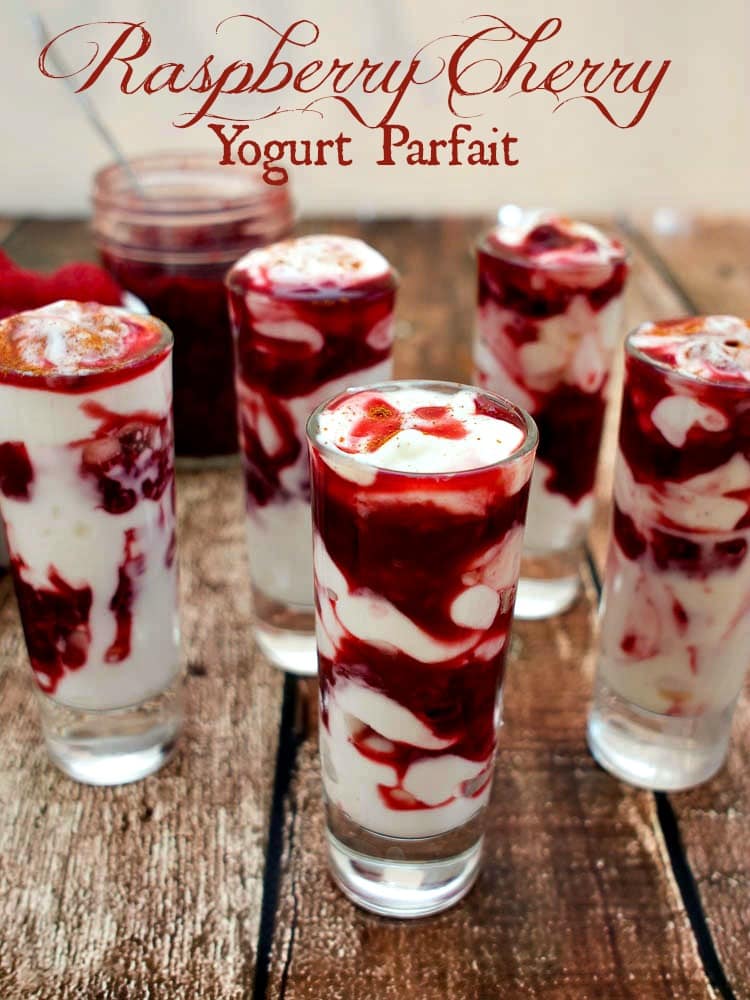 To create this, I made a Raspberry-Cherry sauce and then layered it with Vanilla Bean Yogurt. The sauce was made by combining raspberries and cherries with a little bit of water, and then cooking it down to release the liquid. 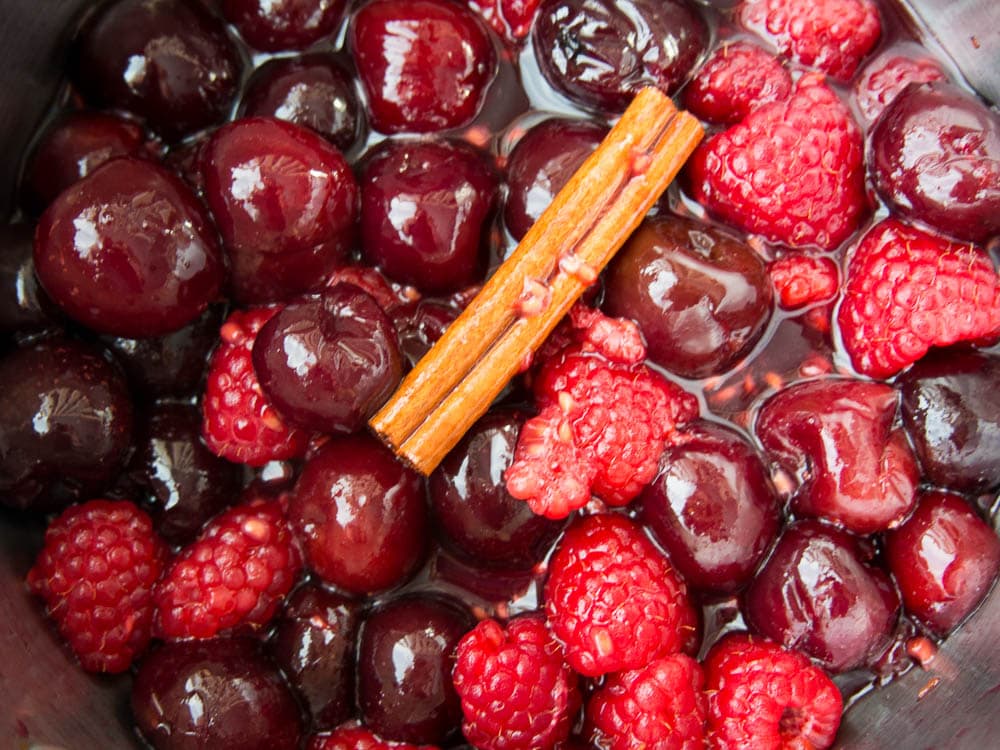 I added a cinnamon stick to the sauce so that it would have a subtle cinnamon flavor.  The fruit is sweet enough that it didn’t need to add any extra sugar or sweetener. 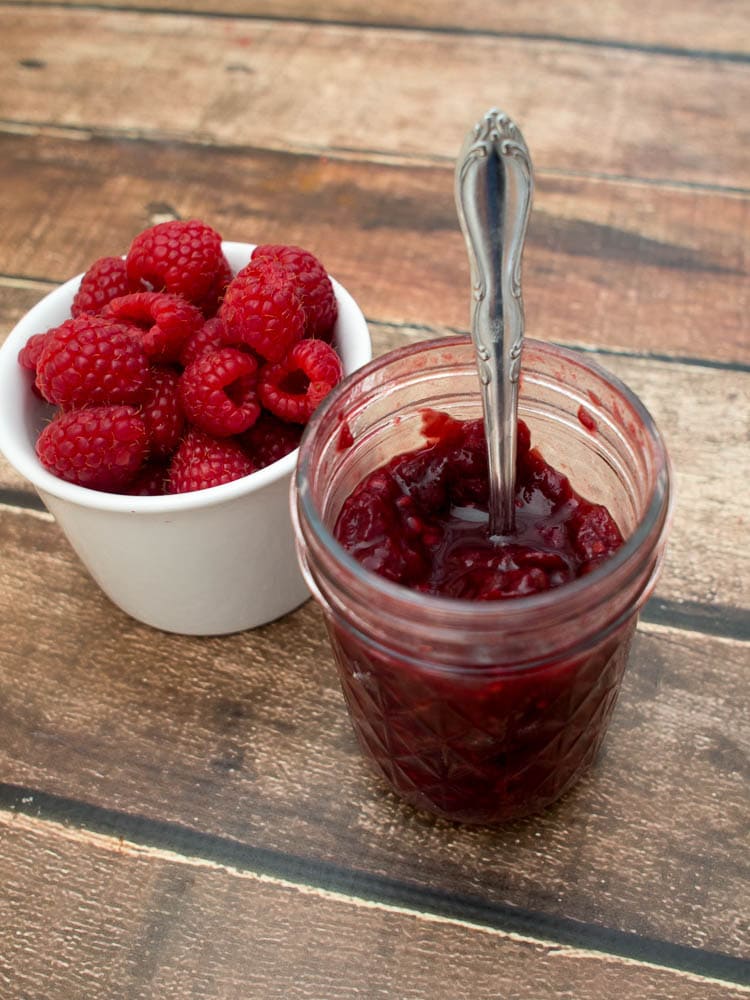 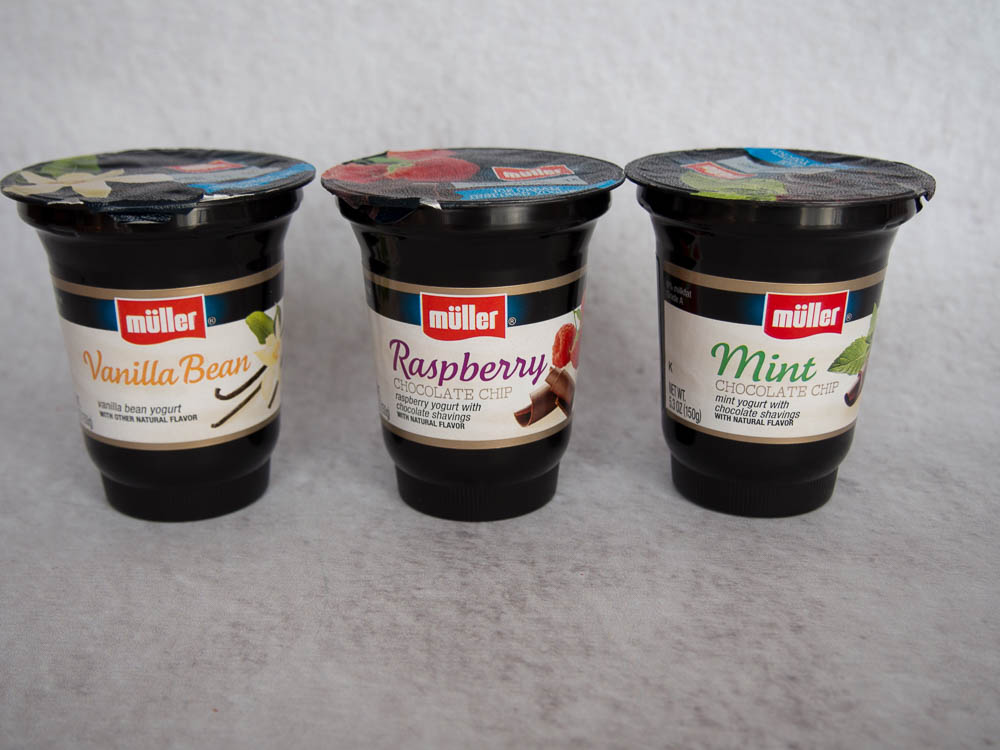 I layered the fruit sauce with the yogurt in shot glasses to make pretty parfaits.  The sauce isn’t thick, so I didn’t even try to make distinct layers, I just added a bit of yogurt and then some sauce and let them mix together to form pretty swirls.  I topped it all off with a little sprinkling of cinnamon.

The parfaits were delicious, and are the perfect size for a quick afternoon snack. The Ice Cream Inspired Yogurt is tasty enough to feel decadent, but more nutritious than ice cream. Mid-afternoon is when I start to feel like I need a snack, and with a fruit filled yogurt parfait I can have a dessert without the guilt. Of course the yogurt also makes an excellent breakfast too! 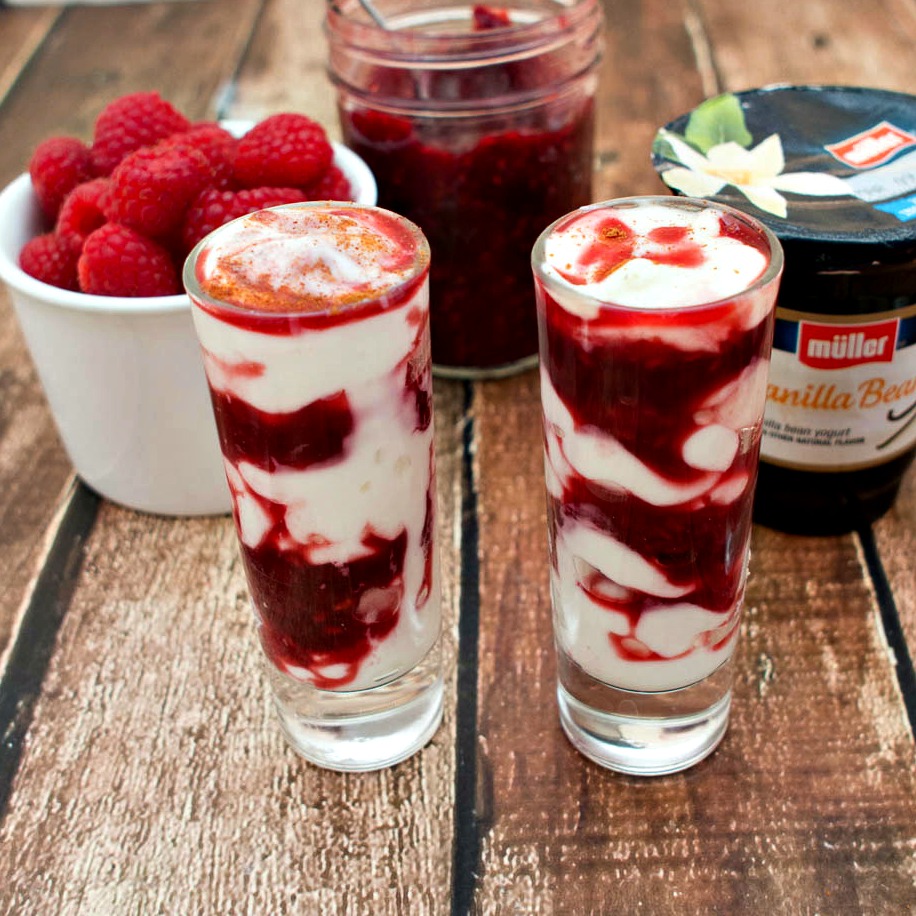 What is your favorite afternoon snack?