Disclosure: I got this product as part of an advertorial.

My family and I love to play games together, and we especially enjoy complex strategy games.  So we were excited to review the brand new game Steam Park, in which you design and manage your own coal-powered amusement park.  This is a fast paced game and the goal is to build the biggest and most profitable park, and attract visitors to it. 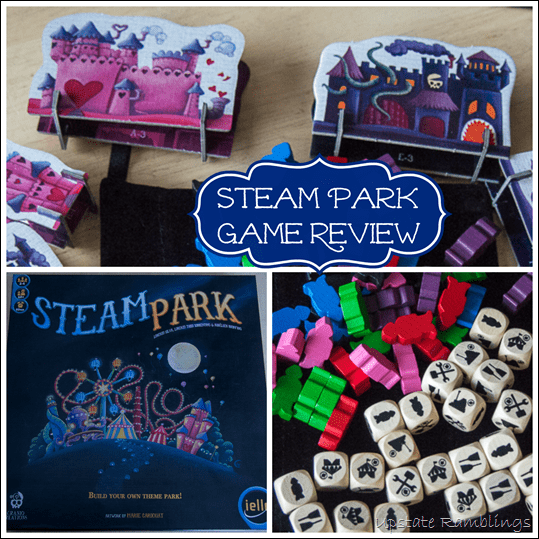 The first thing we noticed when we opened the game is how gorgeously designed it is!  The pieces are wooden, not plastic, and the rides are three dimensional, made out of heavy cardboard and look beautiful and durable. It takes a little time to put all the pieces together the first time you play, but the box is designed to hold them all so you don’t have to take them back apart again.

Game play revolves around 6 wooden dice, which each player rolls at the start of the turn. You roll and re-roll until you get the dice you want, but it is a race because there are penalties for being the last to finish.  Then each player has the chance to build attractions, expand the park, attract visitors or clean up the park.  The moves you can do are determined by the dice you rolled. So at the start of the game it is all about building rides and attracting visitors, but by the end it is a frantic race to clean up the dirt, because coal powered rides generate a lot of dirt! 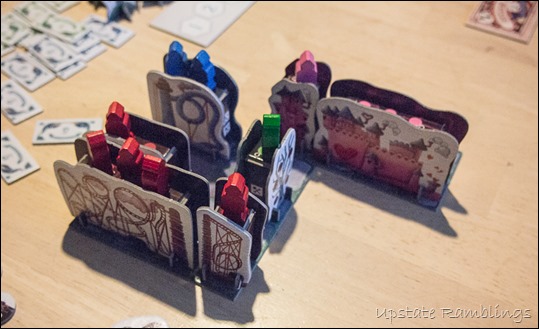 The game has two difficulty levels, and so far we have only played at the lower level.  The second level adds the ability to add things like security, a casino and bathrooms to the park, all things which increase the number of visitors. I like that there is a simpler version for starting out, because it lets us get a handle on the strategy of the game, and then add in more complications later.

A game at the simpler level takes about 45 minutes to play, and I don’t thing the second level would make it more than a few minutes longer. We like games that take about an hour to play and don’t drag on, so that is the perfect amount for us. We did not find it hard to understand, and the instructions were clear and quite amusing to read since they included humorous asides.  By the time we had played three turns in the first game we all had the rules down. 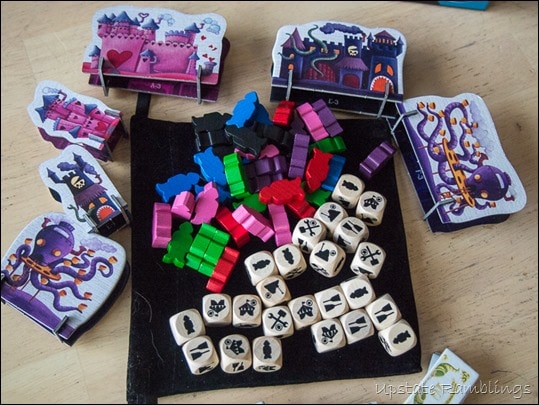 One of the things I really like about this game is that the theme is different from the other strategy games we own.  Most of those games are out building civilizations like Settlers of Catan or train routes like Ticket to Ride.  Building an amusement park is unusual and my teens really got into the action.  The dice rolling is also unique, and adds an element of chance and needing to think fast, instead of just plotting strategy. 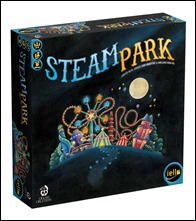 All in all I think this is an innovative game with a cool theme.  The two different levels make it perfect for both experienced and casual gamers.Â  The game is designed for 2-4 players, ages 10 and up. You can learn more and buy the game from IelloGames or Amazon.com, and it has a retail price of around $40.

I received one or more of the products mentioned above for free using Tomoson.com. Regardless, I only recommend products or services I use personally and believe will be good for my readers.