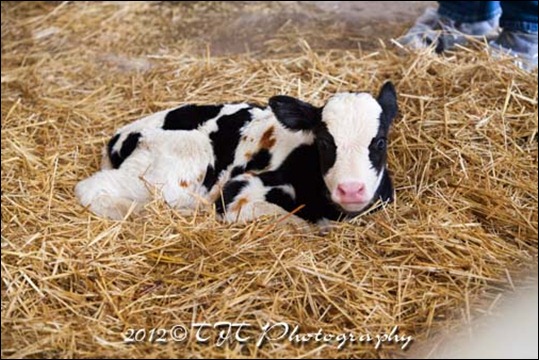 Recently I had the chance to tour a state of the art diary farm here in Upstate New York.  I have visited a few farms over the years, but never a dairy farm, and I was amazed at everything I learned.  I had no idea that dairy farming was so complicated, and I am quite impressed at how efficiently farmers are at getting dairy products to grocery stores!  We take for granted the easy access we have to fresh foods, and rarely think about all the work that goes on behind the scenes to produce it, so this was a great chance for me to see how it all comes together.

I attended the New York Dairy Farm to Table event, sponsored by the American Dairy Association and Dairy Council.  This group is a non-profit organization funded and directed by dairy farmers in New York, New Jersey and Pennsylvania for the purpose of promoting local dairy products.

To learn about how dairy farming works we started the day with a tour of Noblehurst Farms in Linwood, NY.  Noblehurst is a huge, seven-generation multi-family diary farm that is state of the art.  The farm has about 1700 cows and produces about 15,000 gallons of milk every day, most of the milk produced is used in yogurt and mozzarella cheese production.

We were able to see all aspects of the farm, from preparing food for the winter to milking.  Harvest had just finished, so the farmers were busy covering up the corn silage that is used in the cows’ feed. The piles of silage are covered with tarps which are then weighted down with tires to prevent the feed from spoiling.  Noblehurst grows about 2500 acres of corn, alfalfa and wheat to feed the cows, so they are able to grow much of their own feed.  I have often wondered what those piles covered with tires are as I drive down local backroads, and now I know they are feed! 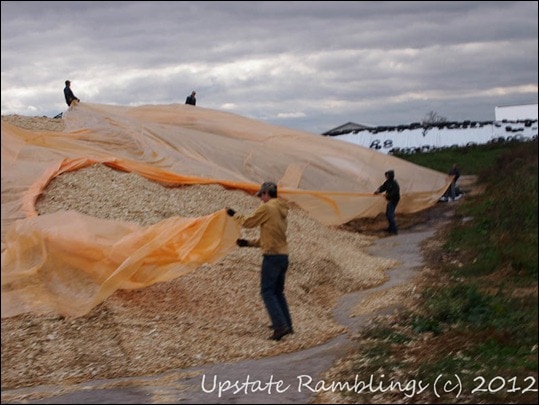 I had no idea that there even was such a thing as a cow nutritionist, but we got to meet one. He explained how the cow’s feed is carefully composed and mixed to ensure that they get optimal nutrition.  The cow’s needs change based on age, where they are in their milk cycle, pregnancy and other factors, so it is actually very complicated to make sure the cows get the nutrition they need. The feed includes corn silage, haylage, soybean meal, protein and mineral supplements and more which are mixed in a carefully controlled ratio. 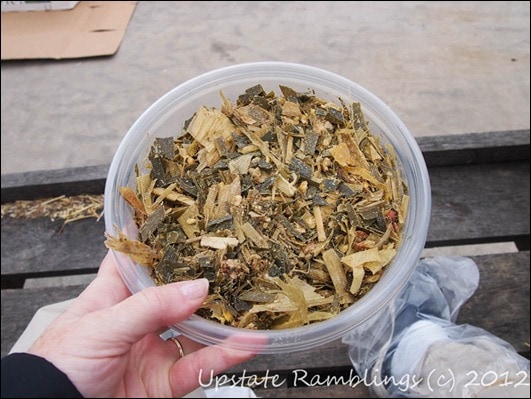 Then we got to see some of barns and meet some cows.  The cows are grouped by their stage in the reproductive cycle and age, and have plenty of space.  The barns are equipped with fans, and with an interesting automatic manure scraper which continually cleans the floors. 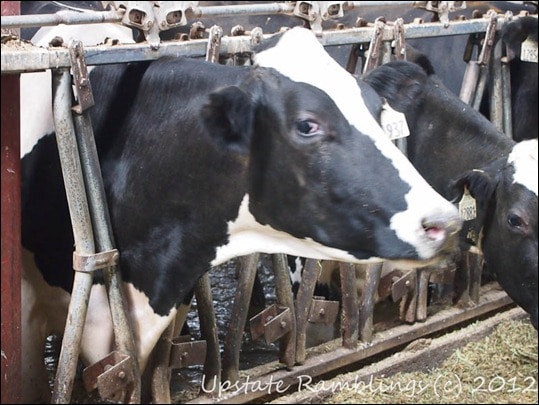 Of course we also got to see how the cows are milked.  Noblehurst Farms has a rotary milking machine, which milks the cows as they go around like on a merry-go-round. 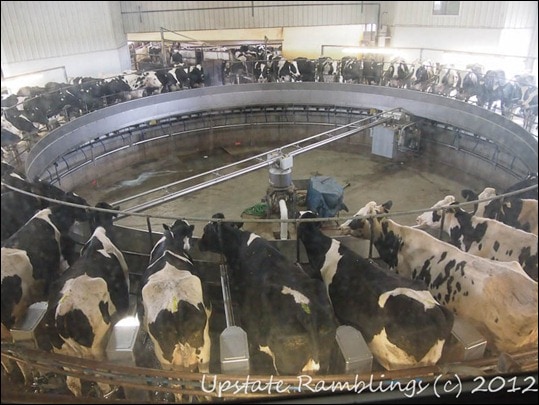 The rotary milks 50 cows at a time, and it takes about 10 minutes for the cows to go around.  The cows enjoy the ride, and sometimes don’t want to get off after their turn!  This is an efficient way of milking, since it requires a minimal number of employees. 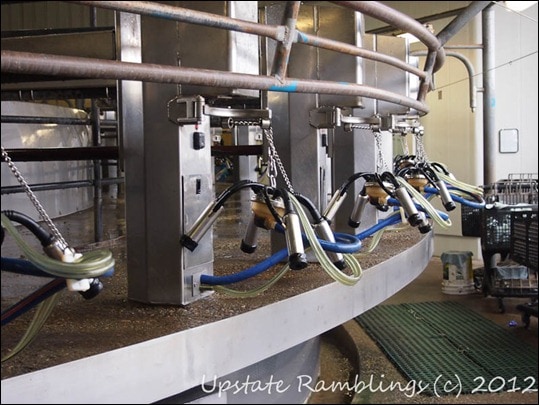 Noblehurst has its own tanker trucks, and it takes less than 24 hours for the milk to get from the cow to the processor.  I had no idea that milk was delivered so efficiently! 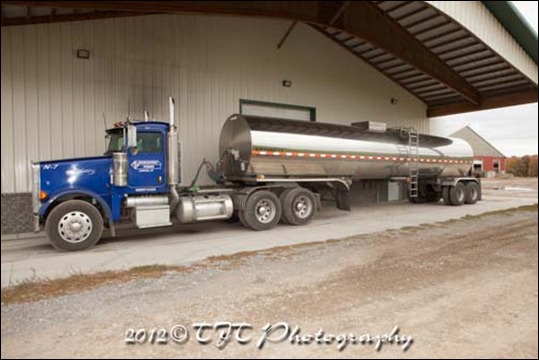 After the tour the farmers and others got together for a discussion over lunch of some of the myths that people believe about farming.  This was very enlightening, and I want to share some the facts, as opposed to myths.

Cows are well-treated.  There is perception among some people that farm animals are not treated well.  But dairy cows donâ€™t produce milk unless they are healthy and stress free.  So lots of effort on a dairy farm goes into keeping the cows happy, since happy cows give more milk.

Farmers are well educated.  While there is a stereotype of farms as uneducated hicks, nothing could be further from the truth.  Farming is a complex operation, and the farmers we met were Ivy League educated with degrees from Cornell.  I was amazed at how complicated farming actually is.

Milk is not high in fat.  Whole milk has only 3.3% milk fat, so it is not a high fat food.  Whole milk can be part of a healthy diet, and all kinds of milk have the same amounts of vitamins.

I enjoyed learning all about dairy processing, and think it is important for everyone to learn more about how the food we eat every day is produced.

Disclosure: I received a complementary trip, all opinions are my own.