I have always found writing to be one of the easier subjects to teach my kids – at least when it comes to standard school essays.  But my sixteen year old daughter doesn’t just want to write research reports for history, she wants to write a novel!  And creative writing is not something I know much about.  So I was excited to have the chance for my daughter to try out a creative writing product from Writing with Sharon Watson. 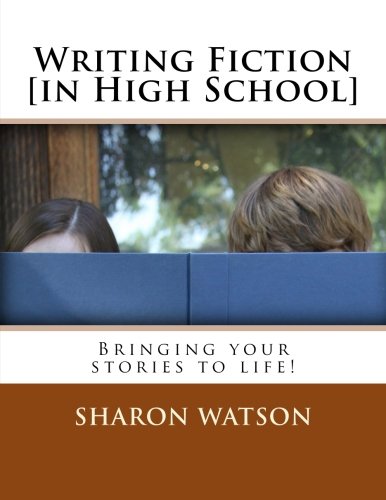 Writing Fiction [in High School]: Bringing Your Stories to Life!

All three of my children have used Sharon Watson’s junior high writing program Jump In, so I was already familiar with her products.  But I did not realize until recently that she also covered creative writing, with the Writing Fiction in High School program. This program is designed to be a one credit High School level English course that covers things like point of view, writing dialog, creating hooks and even a final chapter on getting published.

My daughter Eleanor has two novels already partly written, but she is having trouble finishing them.  She can see some of the problems in her plotting, but was kind of stuck on how to fix them.  So when I told her about this program she was excited and hoping that this would give her some ideas and insight into what to do next.

Because my daughter is already in the middle of writing some novels she did not use the program exactly as recommended.  The program has two tracks, the first is for all writers, and the second is a manuscript track for those who already have a story written.  The Manuscript track is just extra assignments, in addition to all the assignments on the first track.

Eleanor’s big issues are with plotting, so she did chapter 1 for an introduction, and then jumped to chapter 5, which is on conflict. She finished chapter 5 and started on chapter 6 on dialog, another tricky area.  I let her decide where to spend her time, as long as she was working productively.

She found the instruction useful, and it definitely gave her some new ideas.  The chapter on conflict talks about focusing on your character’s fears, which helped her think of some possible ways to introduce tension.  The Manuscript track assignments frequently include checklists of questions to ask yourself, which she found very helpful for evaluating her story, although she was annoyed I wanted her to write out answer for all the questions, not just think about them!

Eleanor’s one complaint about the program was that she felt it had too many examples.  For example, one paragraph on putting your character where he doesn’t want to be includes references to Treasure Island, Finding Nemo, Johnny Tremain and The Princess Bride. Then the next paragraphs include more references to books and movies, and Eleanor just found that overwhelming.  She would have rather seen one example explained in depth.

I think this program is an excellent introduction to creative writing. Now that I have seen it I am thinking about using it with my son, who will be starting high school next year.  He is more of a logical, just the facts writer, but this program is so accessible I think it would be good for him, and help him stretch as a writer.  The program strongly suggests find a group to work through the program with, and I think this would have made it even more productive.  This would be an good program to use with a co-op group, since bouncing ideas off other writers is very useful.

I also received a Teacher’s Guide, which includes assignments, answers and teacher’s notes.  I didn’t need this much with my daughter, but I can see it would be essential for taking a less self motivated student, like my son, through the program.  It is well organized and tells the teacher important things like how many assignments are in each chapter and expected word counts for assignments, and it will make scheduling and planning very easy.

Writing Fiction [in High School]: Bringing Your Stories to Life! 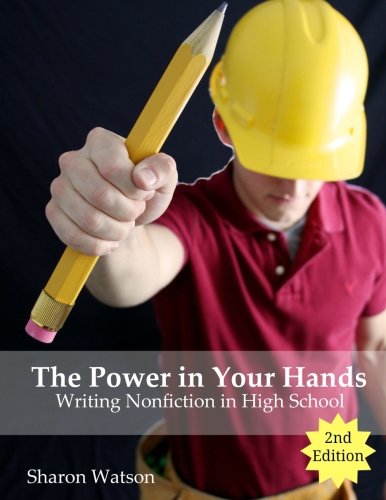 The Power in Your Hands: Writing Nonfiction in High School, 2nd Edition

Click to read more reviews from the Schoolhouse Review Crew, including reviews of the highschool level non-fiction writing program from Sharon Watson.